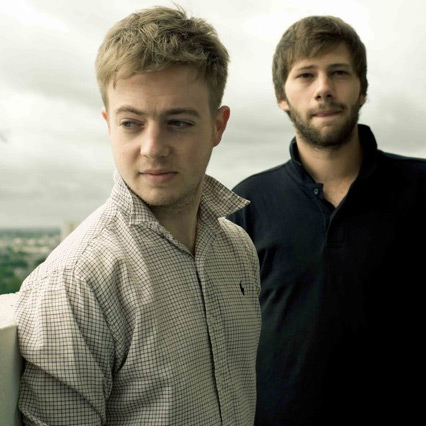 Following the announcement of their booking at The xx-curated ‘Night + Day’ festivals across Europe, electronic auteurs Mount Kimbie have announced they will be heading back to SXSW for a special one-off show before full European and US tours kick off in the summer.

Mount Kimbie will be performing at the Boiler Room x Ray Ban SXSW party on March 16th. The band is also touring North America in May and June with Holy Other and Vinyl Williams, including a headlining show at New York’s Bowery Ballroom. Across the pond, Mount Kimbie also has been confirmed for Field Day, Sound City, London Calling and will soon be announcing two intimate headline London shows.

The South London duo, comprised of Dom Maker and Kai Campos, are currently putting the finishing touches to their sophomore album, recorded in their South London studio and due out on Warp this year. You can read more details on the album and recording of the band’s record here. Since the release of their critically lauded debut Crooks and Lovers on Hotflush Recordings, Mount Kimbie have played shows all over the world including Russia, China and North America, refining their live show to incorporate a drummer and quietly working on new material.

5 May – Night + Day Festival, Lisbon, Portugal (with the XX) (Tickets)