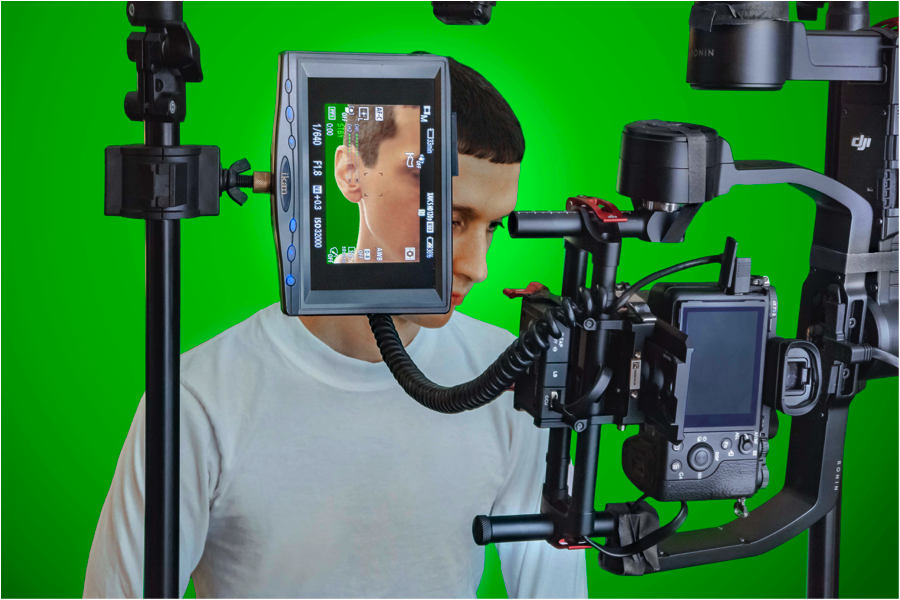 After the announcement of his debut album last month with the single “Lense,” Motion Graphics has shared the second single “Anyware”. “Anyware” is accompanied by a CULTURESPORT created visualizer, who also is responsible for the creative artwork.

The opening marimba for “Anyware” was written on an Amtrak headed to Grand Central Terminal. MIDI sequencing new tracks, moving between cities in rapid transit. This area is where I see the landscape of ‘Anyware’ living. The animation from CULTURESPORT chimes in on this while the album art jogs inside a dancing bear DNA sequence. It doesn’t run out of breath, like the hyper patterning of the brass and woodwinds. – Joe Williams

Motion Graphics, the solo project of NY based electronic artist Joe Williams, announces its debut with a self-titled LP out August 26th on Domino. Created over a two year period between NY, LA, & Baltimore, Motion Graphics is a unique and compelling collection of richly detailed widescreen compositions, inspired in part by the ambient sound effects of digital menu systems that decorate today’s auditory landscape. Creating custom randomized software instruments, Williams’ mimics the erraticism of the Twitter timeline and the aggregated news feed, while incorporating elements of techno-pop and jazz, sequenced through the superhuman capabilities of a computer. Motion Graphics is an ambitious debut from an artist adept at manipulating the sounds and digital tools ubiquitous to the everyday.