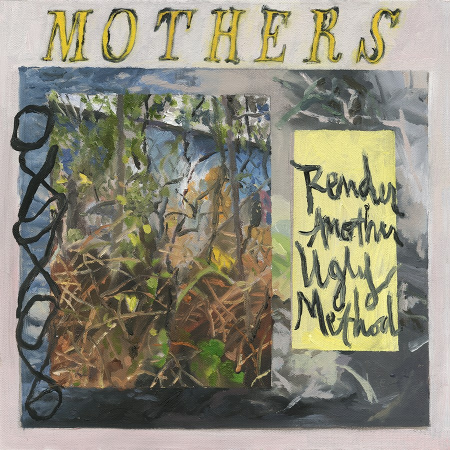 Kristine Leschper, songwriter and founding member of Mothers, says that “it is in the space between opposites that she finds herself. The multifaceted is, by nature, fragmented – each facet reflecting a slightly different perspective of the whole”. Mothers’ forthcoming release Render Another Ugly Method, which will be available September 7th via ANTI- Records. The new single of the LP “Blame Kit”, is now available to stream. Starting July 11, Mothers will kick off a select run of dates with Lucy Dacus and then Japanese Breakfast.

“A blame kit is exactly what it sounds like – an apparatus or social mechanism that aims to shift or imply guilt onto a particular person, group, or idea,” Leschper explains. “It is the first of many songs on the record that deals with the body as an object that can be expanded or collapsed, inhabited or deserted. The second section was inspired by a passage I discovered in a book of case studies of schizophrenic and autistic children: ‘His body will at one moment expand to contain things and events that are outside of it, and at the next shrink to near-nothingness…Uncertain of the boundaries of his body, things on the outside become terribly important.’ I couldn’t stop thinking about that.”

Now based in Philadelphia, Mothers originated in Athens, Georgia where Leschper was attending printmaking school. In 2016 they released their debut album When You Walk A Long Distance You Are Tired. The album also kicked off eight months of touring across the US, UK and Europe, as the group honed their take on left-of-center indie rock with an explosive and surprising live show that displayed how forceful the songs translated to a full-band setting.

John Congleton on working with Mothers:

“The first time I heard Mothers I knew it was a band that I wanted to work with,” said Congleton, who produced Render Another Ugly Method. “So special and idiosyncratic, it is impossible to ignore their point of view. I loved making the record and seeing them work.”