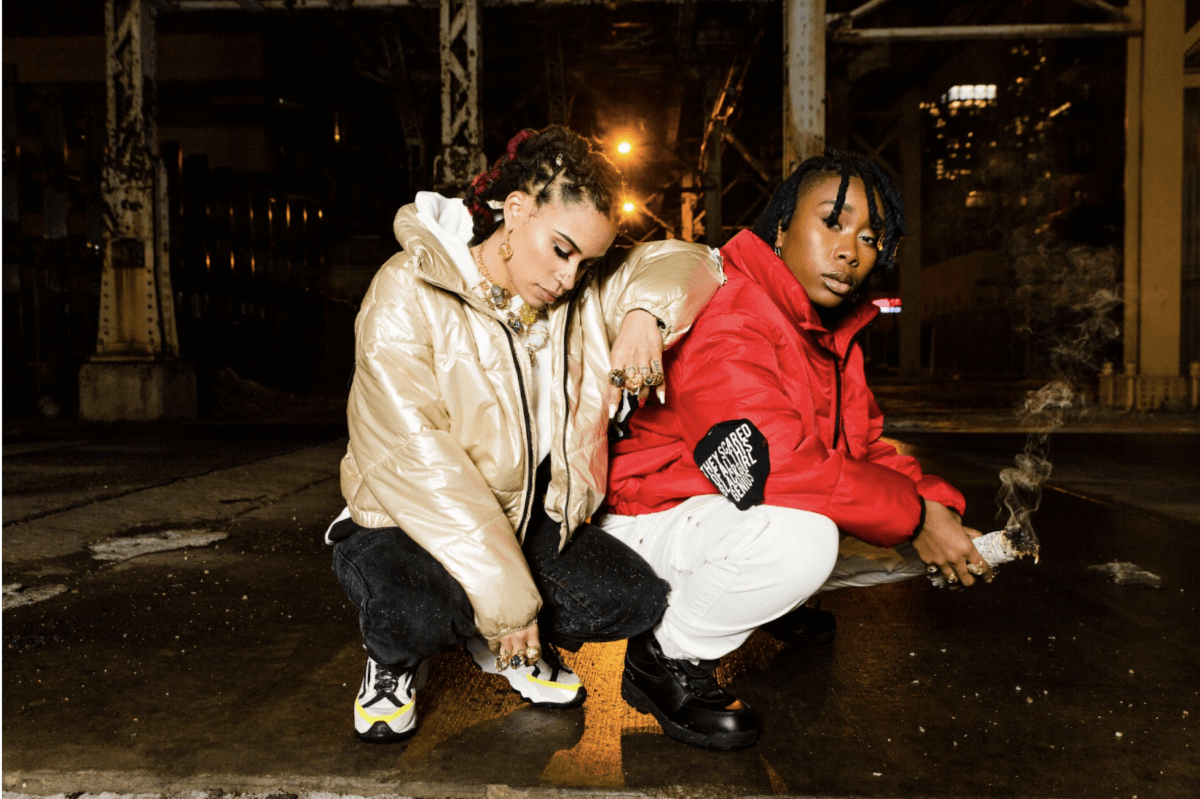 Mother Nature have announced their SZNZ mixtape, which will drop on April 20 via Closed Sessions. Produced entirely by BoatHouse the mixtape features Valee, Sir Michael Rocks, Brittney Carter, Freddie Old Soul and more. The announcement arrives with new single “CLOUDZ” ft. Sir Michael Rocks. On SZNZ the Chicago rap duo duo notes: “we seek to awaken our communities to acknowledge and replace the consumption of death and low vibr8tional frequencies that cause ills and confusion, particularly within our youth. Through ‘SZNZ,’ Mother Nature brings a balance to the mainstream airways and platforms, cutting thru clones and rebuilding the foundation of true HipHop culture. Mother Nature claims their position as top emcees in the game while allowing our multidimensional nature to shine thru and heal the collective consciousness.”

“CLOUDZ” follows the first song from the mixtape “MOMENTZ.” With support from Jamila Woods, Oshun, and The Free Nationals. Known as Klevah and TRUTH, the pair met in 2011 at the University of Illinois, building a sisterhood as emcee-educators and sharing a vision of healing and transforming communities through hip hop. The duo activated this vision by founding their nonprofit, Mother Nature, Inc. which houses The Miseducation of HipHop, a music-based youth development program. Simultaneously, they both received an opportunity to open for Run the Jewels, pushing them to create their debut project, Mother Nature EP, which in turn became their group stage name.