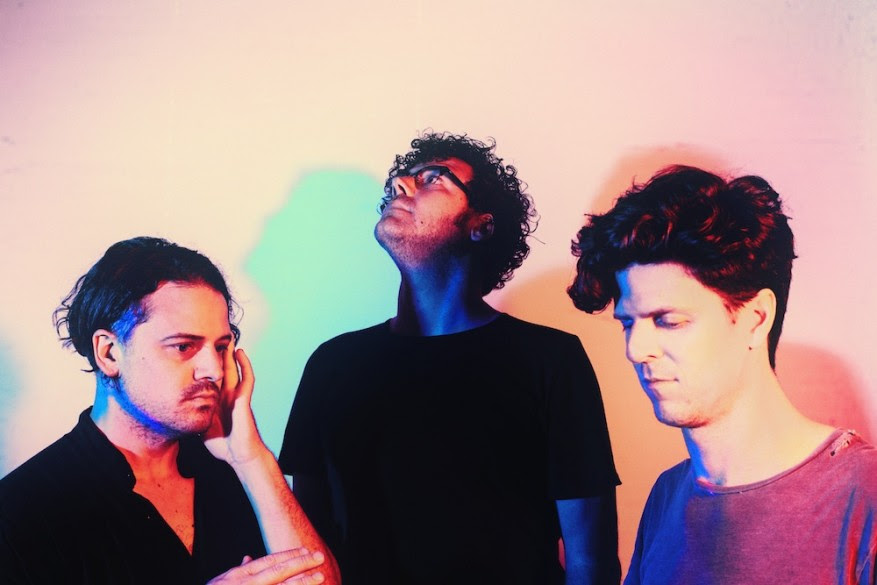 The band added “The title ‘Morning Mist, Rock Island Bend’ comes from the name of a landscape photo by the Australian photographer Peter Dombrovskis depicting a bend in the Franklin River in Tasmania. The photo was successfully used in a 1983 campaign against the intended destruction of large areas of national forest by the government of the day.

Our hope was to examine one of the large elephants that appears to be in Australia’s living room at the moment.”

According to recently signed Secretly Canadian musician Alex Cameron, PVT are international, though they’re known as Pivot to anyone in the know. They’re an act that’s embraced technology at every turn – gritty, new, confronting – and their uncompromised songwriting and musical understanding have seen their first four albums released to global acclaim. They’ve been all over, both on their own steam and in the support of acts like The Arctic Monkeys, Gary Numan, Warpaint, Bloc Party, and Gotye. After years of touring the band wound up cast far and wide residing each in a different continent. Men of the world. Seasoned campaigners.

2017 sees members Dave Miller along with brothers Richard & Laurence Pike return home, with their fifth album. Ask em why it was so long between drinks? They’ll tell it’s you none of your business. Ask what brought the three of them back together and they’ll say the same thing. Though one listen to their latest album ‘New Spirit’ suggests a compass-directed hometown reunion, in what has become a hotbed for political and cultural intolerance: The New Australia.

This album contains that beautiful type of music written out of compulsion. Out of need. No label saying “we need album five” just a calling and an impulse to explore the new place that Australia has become. Australia. The sun comes in hot down here. Casting long, long, shadows. The lucky country has succumbed to divisive politics and irrational fear. Obvious fraud and immorality driven by a gutless media and an indifferent public. But on the fringe there is a new movement. One that’s gathering steam. It’s hopeful. Beautiful. Confronting in its peaceful spirit.

This is PVT’s home town and they’re back to set things straight.

PVT have been in an on going scrap with their status for years. Their uncompromising approach to musical self-determination has seen them battling labels, trends and sometimes their own audience. Chin-scratching white men with dreadlocks. Warp records disciples. They’ve come away veterans, masters in a precise, musical, and beautiful violence. But the content, the meaning,has never been this sharp, and especially never this political.