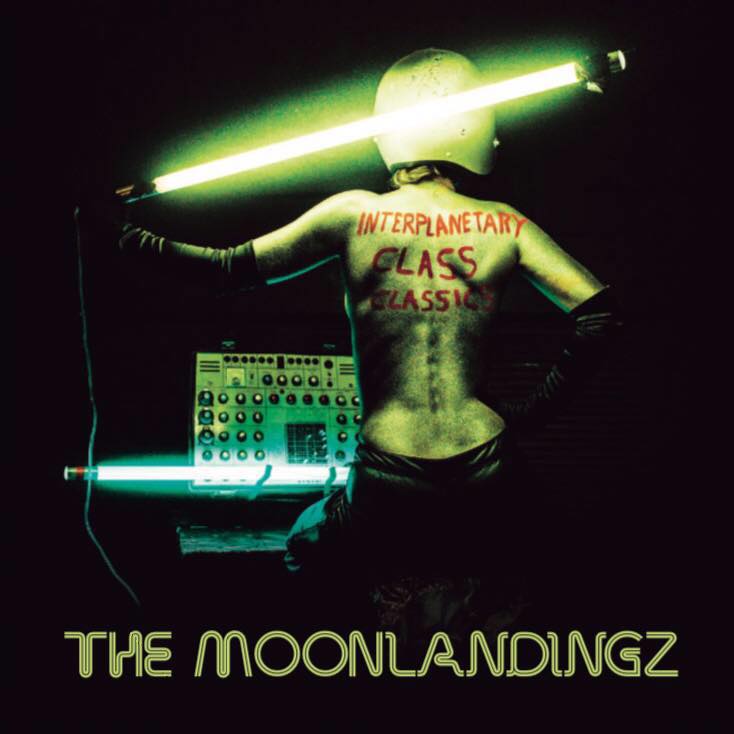 The band have teamed up with award winning video director and cinematographer, Dawn Shadforth and Robbie Ryan; the people that brought you the iconic video for Kylie Minogue’s ‘Can’t Get You Out Of My Head’, the gritty heartbreaking British film, ‘I, Daniel Blake’ and ‘American Honey’, to bring you the brand new video for their latest single ‘The Strangle of Anna’, featuring the voice of Slow Club’s Rebecca Lucy Taylor. You can view the video below.

‘Interplanetary Class Classics’, the new album from The Moondlandingz, isset to drop March 24th via Chimera Music. The album features guest appearances from Yoko Ono, Randy Jones (the Cowboy from The Village People), and Philip Oakey, along with drummer Ross Orton and bassist Mairead O’Connor. Written, recorded and produced by the band at studios in Sheffield and New York, it also features co-producer Sean Lennon on guitar and additional drums and bass and was mixed by legendary Flaming Lips/Tame Impala/MGMT producer, Dave Fridmann. The album is a feast of swirling juddering synths, wailing guitars, motorik stomp and extraordinary songwriting – weird, catchy, glorious and filthy pop.

The band play an exclusive New York show on May 11th at Rough Trade NYC.