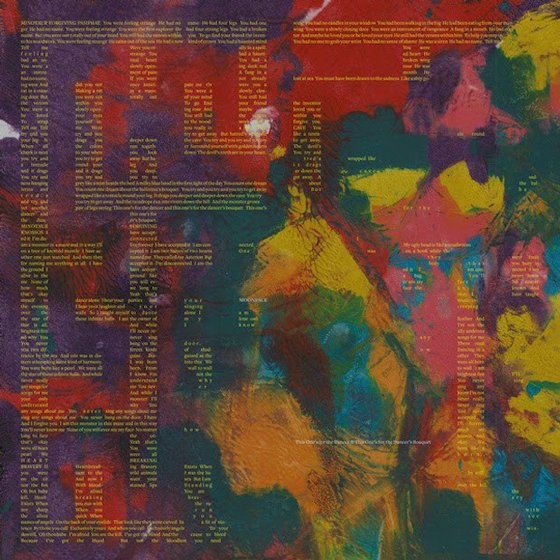 With Moonface as a side of Spencer Krug’s music coming to an end, it’s strange to see him taking such a bisected direction to things. It goes without saying that this Moonface record is two largely separate bodies that have been presented in a kind of back and forth. Though this is an interesting experiment, it’s mostly jarring to rotate between these energies and the result will likely make you lean heavily to one over the other.

In a dance of marimbas and dark energy, “Minotaur Forgiving Pasiphae” starts the album on lush but often overcrowded mesh of sound. “The Cave” really takes a moment with its rather abrasive lead hook, before it uses it to move into large groove-driven work, that drifts between dance-floor rhythms and subversive thrashes. As the more percussive leads return on “Minotaur Forgiving Knossos,” it starts to seem like the album is running on two distinct energies, as bright, poetry-driven thought-pieces come down unapologetically. For the more jazz and unhinged-genre end of the album however, “Heartbreaking Bravery II” is a much more interesting song, that mixes its passionate moments with mesmerizing arpeggios.

These feelings can collide well for Moonface, as seen on the fusion-heavy tones of “Last Night” but as the album moves on the separate energies can feel draining. In fact, where one could embrace the marimbas over time, the constant steps away can make them sound cornier. Through the many “Minotaur Forgiving” tracks, something like “Minos” or even “Daedalus” drifts between a hip hop misfire and overly dense math-rock. One can however argue its “Theseus” counterpart tries to explore a little more sonic depth.

That’s why the brilliance of something like “Aidan’s Ear” is so palpable by comparison, as Krug brings a true sadness to the track and navigates a sense of doubt with inspiring depth. With the swinging rushes of life of tracks like “Hater” or “Dreamsong” you really feel like Krug is matching the song’s emotions with his playing. Even the experimental drive that Moonface puts behind the pop of “Okay To Do This” works as it expands on the already strong foundation that Krug sets up.

As you reach the back-end of the album however it even feels like many of the “Minotaur” tracks are bleeding into each other and serving as a larger mood-piece that is destroyed in its sequencing on the record. Next to the other album buried in here, that is so much more accessible and fun, it’s hard to drift back. Ultimately, this sequencing damages both sides of the album, to the point that one wonders why Krug didn’t release two Moonface records or at least split the songs down the middle. 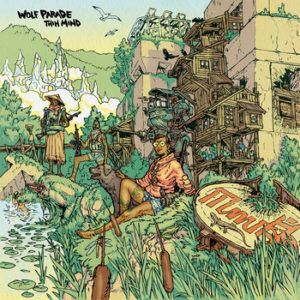