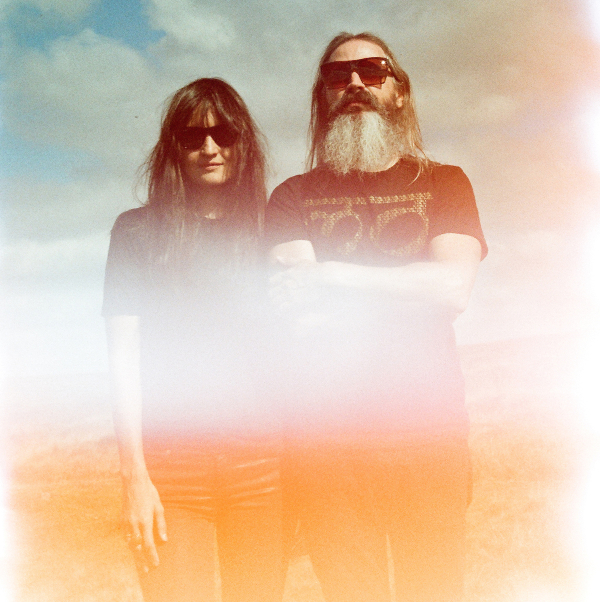 As the release of Moon Duo’s third album nears, Ripley Johnson and Sanae Yamada are offering up another taste of Shadow of the Sun with “Slow Down Low.” Whereas debut single, “Animal,” featured West Coast punk vibes, “Slow Down Low” presents a cosmic trucker boogie and recognizes no journey is possible without being on the road.

Shadow of the Sun was written entirely during an evolving phase for Moon Duo. It was a rare and uneasy rest period, devoid of the constant adrenaline of performing live and the stimulation of traveling through endless moving landscapes. This offered Moon Duo a new space to reflect on all of these previous experiences and cradle them while cultivating the album in the unfamiliar environment of a new dwelling; a dark Portland basement. It was from this stir-crazy fire that Shadow of the Sun was forged.

You can Catch the three-piece Moon Duo band – Ripley Johnson (guitars), Sanae Yamada (keys) and John Jeffrey (drums) — all over the U.S. and Europe beginning at the end of this month.