MOON DUO Share German Version Of “I Can See” 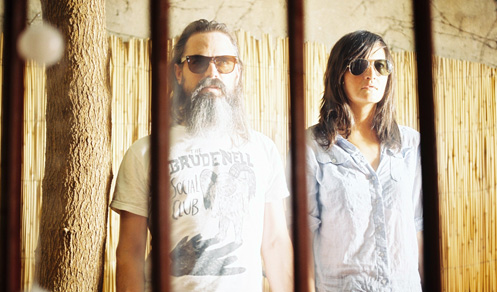 Moon Duo are pleased to share the German translation of their single “I Can See” as a digital single. “Ich Werde Sehen” is available digitally on January 22nd via Sacred Bones Records.

Circles is the product of a long winter’s isolation in the Rocky Mountains, laid out at the band’s home in Blue River, Colorado in the early months of 2012, where all songs were written, and the preliminary tracks recorded. Additional tracks were recorded in San Francisco at Lucky Cat Recordings, with Phil Manley. The album was mixed in Kaiku Studios in Berlin.