29 August 2012
Share on TwitterShare on PocketShare on RedditShare on FacebookShare on Email
NEW ADDITIONS JOIN:

Moogfest 2012 is proud to announce some new additions to this year’s line-up, featuring rap titan Nas, one of the genre’s most influential MCs and who will be performing with a full, Moog-ed out, nine-piece band. In addition Moogfest welcomes back Tim Hecker and Daniel Lopatin, who both performed solo last year, but will be teaming up as a duo this year. Also joining the lineup are Asheville’s own garage proggers Ahleuchatistas and New York duo Buke & Gase, who, in true Moog fashion, build their own instruments, speakers and pedals.

One of the most exciting and apropos additions to the lineup is Morton Subotnick. Like Bob Moog, Subotnick is a true innovator of electronic music and his Silver Apples of the Moon (1967) is one of the most influential pieces of electronic music and has inspired a generation of composers, performers, and music theorists. Subotnick will present From Silver Apples to a Sky of Cloudless Sulfur, a performance that will include the aforementioned legendary piece and will be accompanied by video created by Berlin-based media artist Lillevan.

Weekend GA and VIP passes, daily GA tickets and travel packages for Moogfest 2012 are currently on sale exclusively at www.moogfest.com.

Visit www.moogfest.com for more information on this year’s event.

Explosions in the Sky

Moogfest is produced in conjunction with Moog Music and the City of Asheville and directly benefits the Bob Moog Foundation. 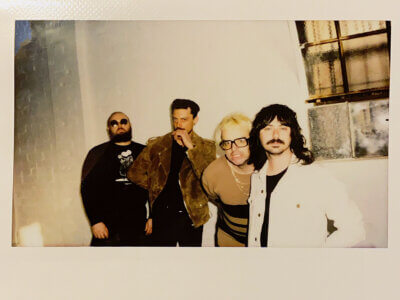