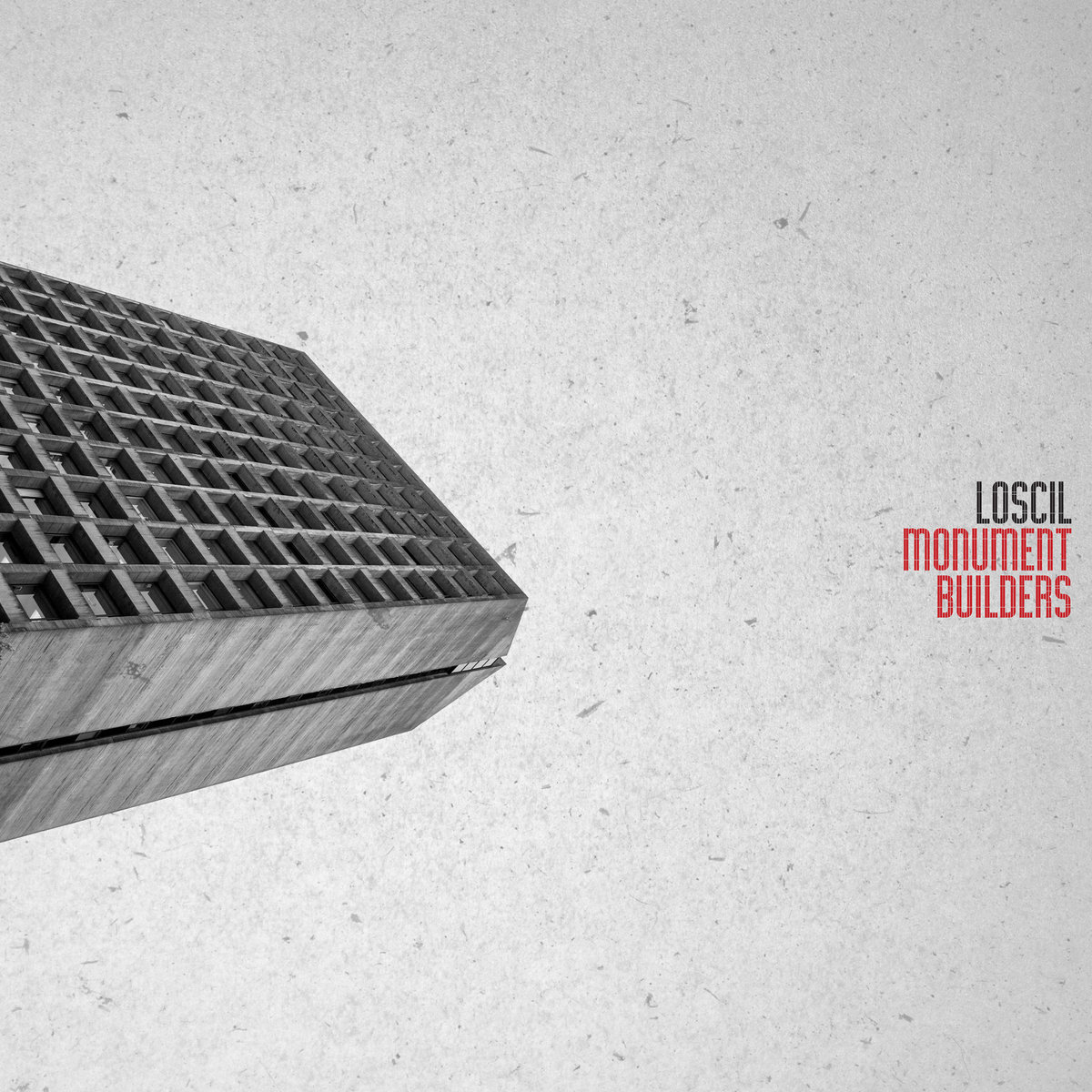 Loscil (aka Scott Morgan) aims for lofty, purposeful themes. His work is frequently, if not consistently, conceptual. Monument Builders his latest full-length from Kranky tackles mortality and human destruction. His reference points reflect a similar sense of gravitas: the aerial photography of Edward Burtynsky, the anti-humanist philosophy of John Gray, and a defective VHS version of the experimental nature doc “Koyaanisqatsi”, scored by Philip Glass. The most immediate reference point, the press release tells us, is Morgan’s recent personal experience during a particularly dark period of his life.

The dark irony of Monument Builders, however, is a self-reflective one. Morgan has been making a kind of monument himself: this is his 11th full-length as Loscil, not to mention his work as the drummer for Destroyer.  Monument Builders is a stirring, ambitious project. Loscil is taking stock. He’s not nearly self-aggrandizing enough to warrant a connection to Shelley’s ‘Ozymandias’, but the sentiment is definitely there: “Look on my Works, ye Mighty, and despair! / Nothing beside remains. / Round the decay / Of that colossal Wreck, boundless and bare / The lone and level sands stretch far away.” What does it all amount to? What does it mean to make music while people suffer around you? Does it make any difference how serious or thoughtful it might be?

Considering Loscil’s gentle turn towards orchestral composition over the course of his career, “Koyaanisqatsi” seems like a fitting well to draw from – it’s the kind of all-encompassing nature documentary that leaves no philosophical stone unturned. But even on Monument Builders Loscil’s music is still concerned with the fringes and the empty spaces – hence the deformed Glass soundtrack found on a mangled VHS. Monument Builders doesn’t offer transcendence in the same way Glass’ neo-classical compositions do. Burtynsky’s photography, which takes as its subject landscapes transformed by human destruction and waste – monuments of detritus, so to speak – offers a compelling visual echo to Loscil’s music.

As much as they invite “low level” listening, Loscil’s albums consistently feature magnetizing opening tracks. The music is ambient, but it still wants to be heard and felt. Monument Builders is a prime example of this: “Drained Lake”, the album’s first song, is a subtle, melancholic piece held together by a sparse melody line that plays off a good deal of anticipation. The second track only extends the paradox of captivating/ambient sound, plunging into a full-on homage to Philip Glass. Glass’ MO is change through repetition, with swirling repetitive melody lines and polymetric composition. Loscil re-imagines that on Monument Builders by stripping it down and applying a milky industrial glaze.

The album’s title track reels back the album to something a bit gentler. It’s more Loscil, less Glass, although following the tail end of “Drained Lake”, it descends a few octaves from the album’s opener. “Monument Builders” also centres the rousing horn tones that become a fixture on the album. The creakingly slow “Straw Dogs” is another track that makes use of the horn drama to great effect. “Straw Dogs” – like the album more broadly – is careful, precise, and introspective.

In the album’s final minutes, “Weeds” offers a volta for the album’s doom and gloom. High pitch coral sampling and a wavering ambient overlay washes out with a final breath before an extended silence. There is, oddly, some optimism in ‘Monument Builders’ – green weeds that grow in ruins and decay.

Review of ‘Ruins’ LP by Grouper