Montreal-based trio, Caveboy, just released the video for their track, “Monochrome”, from their 2015 self-titled EP. The video, which premiered via Exclaim!, was directed by Amit Kehar. It’s a stunning dark-meets-light production of flash frames, pairing well against an unwavering synth melody and Michelle Bensimon’s powerful vocals.

Adding to the video premiere, the band’s previously unreleased track, “Color War”, appears on episode 10 of the new season of Netflix original series, Orange is the New Black.

The band started to turn heads in 2015 while on tour with Dear Rouge and Rah Rah, and electrified audiences with showcases at Pop Montreal, CMJ, SXSW and CMW. With a powerful live set not to be missed, Caveboy will tour the summer festival circuit, making waves at Glowfair, Sound of Music, Pride Toronto, Hillside, Osheaga and Rifflandia Festival this coming September. See full list of dates below.

Exuding a fresh perspective on indie dreampop, Caveboy roots themselves in the primal and builds to multilayered experiences. Influenced by similar childhood identities, Caveboy is the culmination of the shared life experiences of its three members Michelle Bensimon (Lead Vocals, Guitar, Synth), Isabelle Banos (Synth, Bass, Backing Vocals) and Lana Cooney (Drums, Backing Vocals). They revel in ideas of fearlessness, self-sufficiency, the extraordinary, and that which is feral and cannot be tamed.

Connecting through the pop music from their parents’ generation, the band adapts their sound to utilize these respected musical elements while at the same time always trying to create new worlds of sound with their synthesizers, driving percussion, and symbolic lyricism inter-weaved with their Guitar/Bass/Drums core.

Their debut EP, released in October 2015, immediately began charting on Canadian college radio and broke the top National 25 on Earshot. Their music has been featured in Syfy’s Killjoys, MTV’s Awkward and Netflix’s Orange is the New Black. 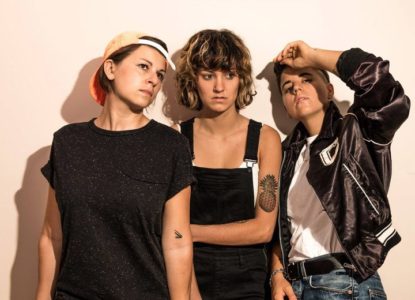 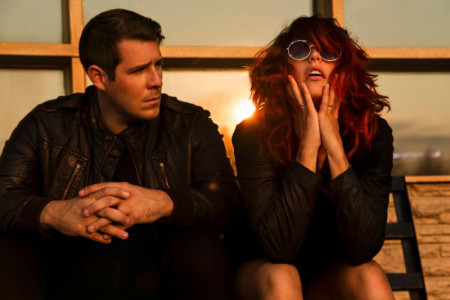