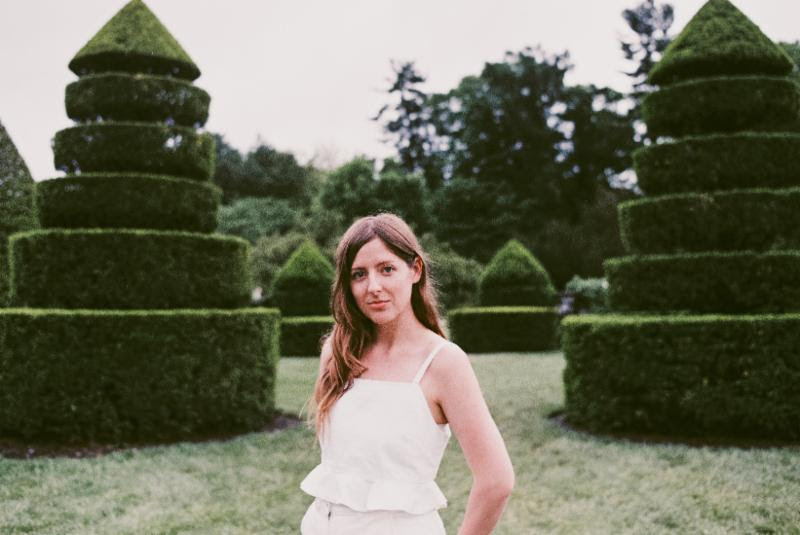 Molly Burch returns with her sophomore album, First Flower – a walk-through her most intimate thoughts. Today, she’s unveiled the album’s lead single, the wistful, “Wild”, a song about the desire for self-acceptance. “I wanted to write a song that made me feel at peace with my imperfections and celebrate others without putting them on pedestals” Burch explains.

South of Austin, Texas vocalist and songwriter Molly Burch is relaxing in her sunny country home. The Los Angeles native has found tranquility in the outskirts of Texas, appreciating time on the front porch as cicadas sing in the distance behind her.

Unlike previous release Please Be Mine, which focused on the contentious depression of heartbreak, First Flower explores broken friendships, her relationship to her sister, and more importantly, how Burch learned to fight overwhelming anxiety. Burch, a soft-spoken, careful person who shoves her nervousness away on a daily basis.

“I was really blown away with how many people told me that the music has helped them through their own break-up,” she says of Please Be Mine. “I was just so moved by that. I never expected it. I was aware that people were actually listening to my music and having a positive experience, so [with the next album] I wanted to reveal my own struggles with fear and anxiety.”

After a year of touring Please Be Mine all over North America, Europe and the UK, Burch returned to Texas to decompress. She began to bounce her ideas off bandmate and boyfriend, Dailey Toliver, who would contribute guitar parts and orchestration suggestions. The hurricanes kept them locked at home, where they forced themselves to record demos and pump out as much material as possible. Slowly, the album took shape and First Flower became real. When it came time to record, Burch chose to work with Erik Wofford at Cacophony Recorders in Austin.

Burch has announced a headlining North American tour this fall in support of the new album, which sees its release on Captured Tracks on October 5th.