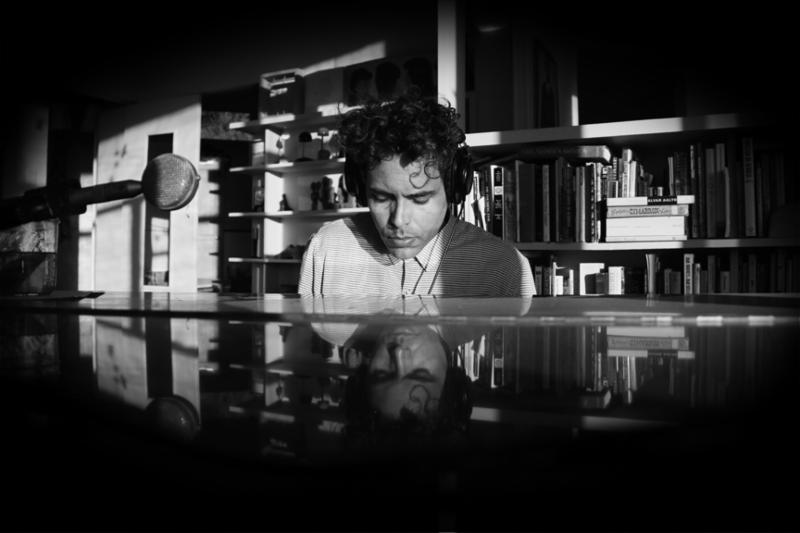 This June, Mocky releases his his forthcoming LP Key Change via Heavy Sheet. The album documents his transition from the musical community of Berlin-Kreuzberg to his new home in LA-Echo Park and reflects the vibe of these cities emerging underground jazz and psychedelic scene.

He shares the track “Living in the Snow” from the album (which features a Feist cameo on drums.) Mocky says: “I had to move to LA to finally write my snow song and remind myself of what it felt like. Writing songs can nourish you like this.”

Performer, producer, songwriter, composer and multi-instrumentalist, Dominic “Mocky” Salole came to prominence in the Berlin electronic scene of the mid 2000s, releasing three acclaimed solo albums, co-writing and producing Jamie Lidell’s Multiply and making waves on stage with close collaborators (and fellow Canadians) Peaches, Feist, Chilly Gonzales and founding the rapping puppet group The Puppetmastaz. It became evident that Mocky had his own way of doing things when he did his first tour at the zoos of Europe (literally setting up and playing in the Zoo in every town that he played and doing a matinee at the monkey cage before his club date). In 2009, his music took a jazz-inflected turn to the acoustic with the release of Saskamodie, which showcased his songwriting talents while introducing his unique sensibility to a receptive new international audience. In 2011, after work in Big Sur on Feist’s Metals, Mocky relocated to Los Angeles, where he quickly established himself as a co-writer with uncommon credentials, and eccentric working methods collaborating with breakthrough artists Kelela, Moses Sumney and Joey Dosik, among many others. Mocky will release Key Change the album on June 26th via Heavy Sheet.