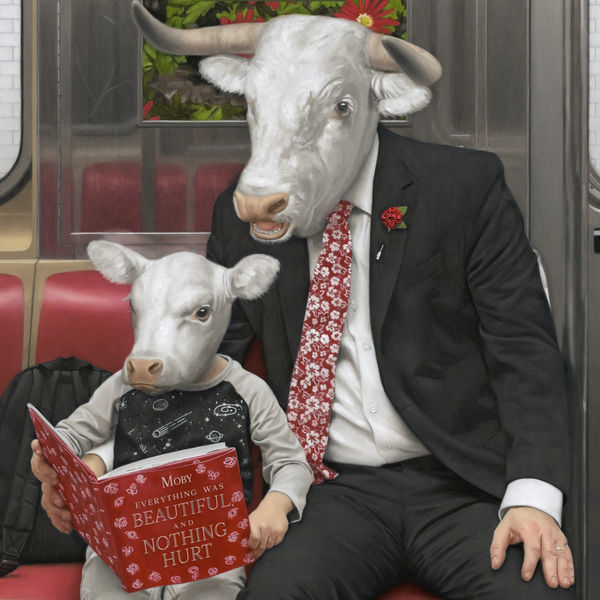 Everything Was Beautiful, And Nothing Hurt

As one of the constantly surprising and driving forces in alternative and electronic music for the past few decades, it’s always a welcome surprise when Moby releases a record. As he really captures a lot of what made his early work turn heads on this record, it’s refreshing to hear him fusing genres like never before. Though some songs don’t shine nearly as brightly as others, the few that hit the mark remind you why Moby is still held in such high regard.

The grandeur and abrasive tones that open the album on “Mere Anarchy” hit like a ton of bricks without ever losing their air of mystery. Though the writing does feel a tad drawn-out for hybrid mix of rock and electronics, it never loses that cinematic luster. Alternatively, “The Waste Of Suns” grooves out deep with Moby’s constantly mesmerizing mastery of dance music. Using entrancing percussion and an inviting vocal hook, the song sounds like MØ’s “Slow Love” interpreted by Baxter Dury.

Funky grooves hit even harder on “Like A Motherless Child,” as Moby brings a relentless aggression to his record. The story Moby brings in his frantic verses outweighs the somewhat monotone delivery, giving the song a deep narrative and depth. “The Last of Goodbyes” falls into a more trippy energy, mixing tones of OMD and the bizarre sample-driven electronica that Moby has pioneered. Through the mounting energy brought in all these songs however, it would feel more memorable if it didn’t feel like Moby was speaking with the same rhythm in every verse of the album.

“The Ceremony of Innocence” is one of the most lavish and bizarre tracks on the album, as orchestras clash with hip hop for something truly beautiful. As Moby sets the stage rather than breaking up the song, he lets the track breathe and find a chaotic energy in its own right. Though “The Tired And The Hurt” feels very apart from a lot of Moby’s music, it doesn’t keep the song from being utterly serene. The melancholy that Moby brings to the song’s production elevates every dreary vocal, and makes the song almost unbearably heavy at times.

While he certainly slow-burns the punch of “Welcome To The Hard Times” the groove really starts moving once it hits. As he mixes his production genius with a top-class mix of vocalists, the track carries a mystifying sense of cool and danger. Always one to make electronic music interesting, “The Sorrow Tree” manages to keep a constant tension despite the fact that it only changes its layers rather than its melodies. Thanks to Moby’s brilliant mix and control of effects, the song finds its dynamics in what’s removed and brought back in.

“Falling Rain And Light” finds its jazz covered in a haze of electronic feedback that creates a wondrous and otherworldly energy around its piano hooks. Though its quaint and occasionally huge in other sections, the song does end up feeling more one-note than other similar tracks on the record. Despite its enigmatic sound, the soul is just missing from “The Middle Is Gone,” and it leaves even Moby’s most passionate performance feeling a little off.

Moby does however step out of the shadows in his delivery on “This Wild Darkness,” turning his monotone into a damaged rasp. As cheesy as some of the chorus swells hit, it’s great to hear Moby feeling dynamic and purposeful. “A Dark Cloud Is Coming” closes the album with a sultry modern blues crawl, that while sometimes predictable, constantly evolves to say something new.