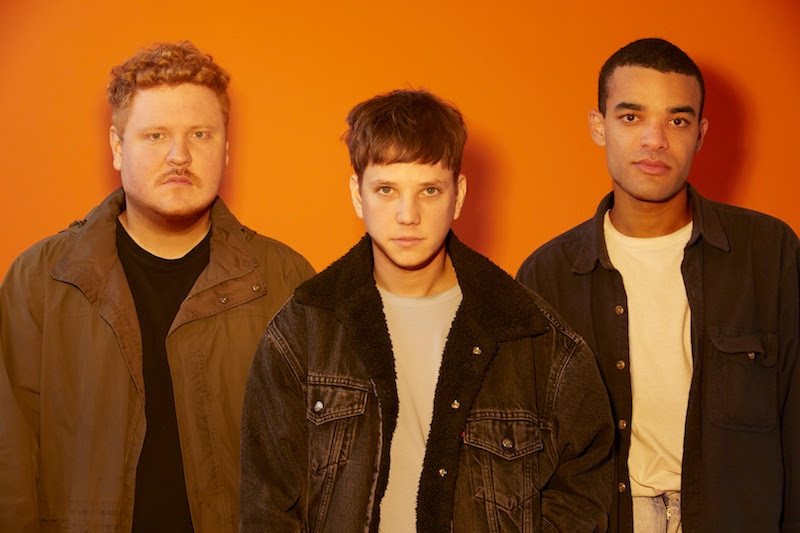 Sub Pop recording artists Moaning have shared a new video for “Fall in Love,” the track is off their new album, Uneasy Laughter, out on March 20th. The video, was animated and directed by Moaning’s own Sean Solomon.

Of the song and video, Solomon says “People my age are skeptical of love because we see how many previous generations got divorced or went through painful experiences. The song is about being afraid to fall in love because of expecting heartbreak. It’s about hating yourself too much to open yourself up to someone else. It’s a bummer of a song lyrically but it’s pretty fun to dance to!

I made the music video in my bedroom a couple weeks ago. It’s a psychedelic depiction of an imaginary romance. It’s inspired by early experimental animations like Belladonna of Sadness and Heavy Metal. Both the song and the video are perfect for everyone feeling like shit this Valentine’s Day.”

Vocalist/guitarist Sean Solomon, bassist/keyboardist Pascal Stevenson and drummer Andrew MacKelvie have been friends and co-conspirators amid the fertile L.A. DIY scene for more than a decade. They are also immersed in other mediums and creative pursuits – Solomon is a noted illustrator, art director and animator, while Stevenson and MacKelvie have played or worked behind the boards with acts such as Cherry Glazerr, SASAMI and Surf Curse. On Uneasy Laughter, they’ve tackled challenges both personal and universal the only way they know how: by talking about how they’re feeling and channeling those emotions directly into their music.

“We’ve known each other forever and we’re really comfortable trying to express where we’re at. A lot of bands aren’t so close,” says MacKelvie. Adds Solomon, who celebrated a year of sobriety during the Uneasy Laugher sessions, “Men are conditioned not to be vulnerable or admit they’re wrong. But I wanted to talk openly about my feelings and mistakes I’ve made.”

Stevenson’s initial demo was slower and in what he calls “a strange time signature,” which stymied Solomon’s attempts to write vocal melodies. Borrowing a MacKelvie drumbeat from the demo of a different song, Stevenson found that it fit perfectly. The track was fleshed out further in practices and through passing demos back and forth, with the result “perfectly capturing every idea we wanted to play with,” says MacKelvie. “I don’t think we would have been able to approach writing a song that way before,” adds Stevenson.

Recalls Solomon, “I wrote it as a folk song. When I brought it in, I told the guys, ‘I kind of hate this, but I like the melody and lyrics, so how do we turn it into a Moaning song?'” The answer turned out to be by stripping out guitar entirely and turning it into “a complete digital creation. It’s super weird and clubby. Now we just need to figure out how to play it live,” he says with a laugh. “When you hear Nirvana cover the Vaselines, it’s still the same song but it sounds completely different. Song structure can transcend style and genre. I wanted to write things I felt confident were good songs, regardless of whether it was on acoustic guitar or synths.”

“Guitars always sound like guitars, whereas with keyboards you have the ability to thin them out or thicken them up more dramatically, and then mold them to fit into whatever spot you need them to fit into,” says Stevenson. Flecked by patterns of neon synths and a rush of guitar, “Fall in Love” is both metronomic and completely human. “I would never play a bass line on an actual bass that’s so on the grid,” Stevenson offers. “But it does something major for the feel of the song.”