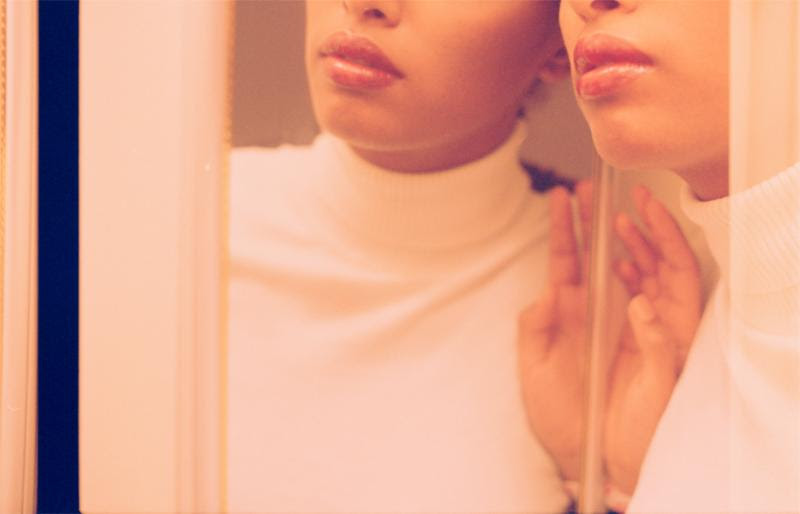 New York’s Mizan, has announced her new EP. Singer, instrumentalist, producer and multimedia artist -who will release her debut EP, Dark Blue, on November 6th via Terrible Records (Le1f, Empress Of, Moses Sumney, Blood Orange, Solange etc). Born in Chicago and raised between Ethiopia and New York, Mizan’s world surroundings play a crucial role in her sonic storytelling. The 26 year old artist combines her love of literature, film and painting on her personal quest to make uplifting music in the face of racism and patriarchy in a world that too often turns a blind eye.

Following this week’s release of her new song “7 Billion”, today Mizan shares the self-produced video narrative, contemplatively following her along with the piano-driven prose. “Battle against our own selves/ Waste and poison in our air/ Hate and greed in our skin/ Well of course it’s not fair/ One day a dawn will come/ It won’t be too long at all/ If we win, we move along/ If we lose, God save us all.” The gospel of Mizan reflects on finding and recognizing the simple beauty in the world and protecting and sharing that, encouraging all to love themselves and one another as our first priority. Mizan doesn’t sing about money or lust. She doesn’t lip sync in her videos, nor does she frolic in made-up alternate universes. And her latest offering, the contemplative “7 Billion,” is no different.” Each of the six songs on the EP have a Mizan-directed and produced video that will follow song release, three of which are out now.