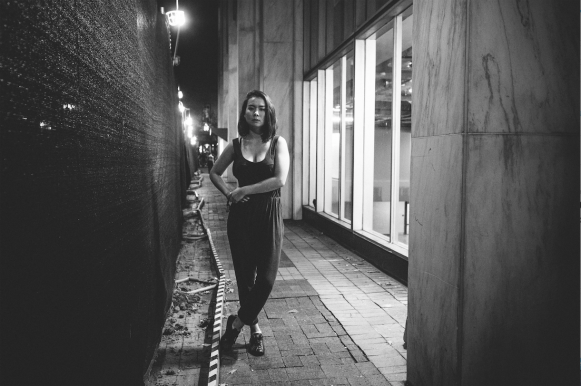 Singer/songwriter Mitski has announced details of The follow-up to 2014’s Bury Me At Makeout Creek, Puberty 2 picks up where its predecessor left off. “It’s kind of a two parter,” explains Mitski, “It’s similar in sound, but a direct growth from that record.” Musically, there are subtle evolutions: electronic drum machines pulse throughout beneath Pixies-ish guitars, while saxophone lights up its opening track. “I had a certain confidence this time. I knew what I wanted, knew what I was doing and wasn’t afraid to do things that some people may not like.”

Ask Mitski Miyawaki about happiness and she’ll warn you: “Happiness fucks you.” It’s a lesson that’s been present in her work for years, but never so powerfully as on Mitski’s newest album, Puberty 2. “Happiness is up, sadness is down, but one’s almost more destructive than the other,” she says. “When you realize you can’t have one without the other, it’s possible to spend periods of happiness just waiting for that other wave.” On Puberty 2, that tension is palpable: a both beautiful and brutal romantic hinterland, in which a fierce new voice hits a brave new stride.

In terms of message though, the 25-year-old cuts the same defiant, feminist figure on Puberty 2 that has previously won her acclaim. Born in Japan, Mitski grew up surrounded by her father’s Smithsonian folk recordings and mother’s 1970s Japanese pop CDs in a family that moved frequently: she spent stints in the Democratic Republic of Congo, Malaysia, China and Turkey among other countries before coming to New York to study composition at SUNY Purchase. She reflects now on feeling “half Japanese, half American but not fully either” – a feeling she confronts on clever debut single, “Your Best American Girl” – a super-sized punk-rock number where she “hammed up the tropes” to deconstruct and poke fun at that genre’s surplus of white males. “I wanted to use those white-American-guy stereotypes as a Japanese girl who can’t fit in, who can never be an American girl,” she explains.