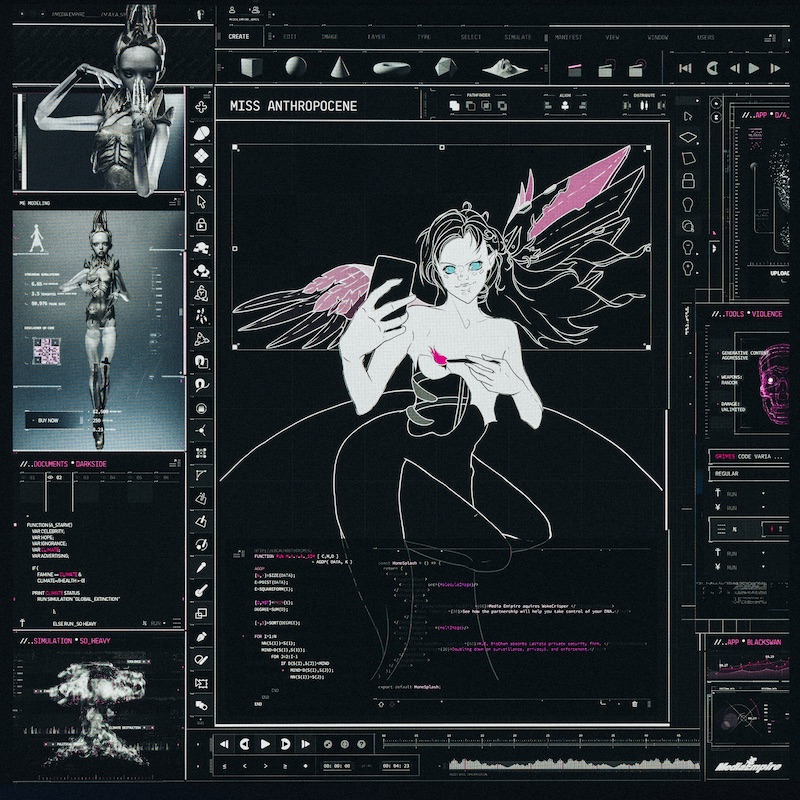 Grimes doesn’t need much of an introduction. The Canadian producer and artist has been ubiquitous in the media over the last few years as she has been performing on stages around the world. The thing that does get lost in the mix of her personal relationships, product sponsorships and, depending on who you are talking to, outspoken comments is that the artist is a very talented musician. Her last album, 2015’s Art Angels, was a colourful blast of experimental pop music that fortified her status as one of the more exciting and interesting artists recording at the time. Now with her latest collection and “final earth album” Miss Anthropocene about to drop, Grimes is again set to spark the same kind of wonderful discussion among fans and foes alike. The new album is more open than her past work while still retaining the freshness and excitement that has always been associated with everything that she does.

The album opens with its first single “So Heavy I Fell Through The Earth” with a subtle and sparse drum beat over her ethereal, modulated vocals. The real take away, even after just a few seconds of listening, is that Grimes is very adept at where the sounds in her songs sit in the mix. There is seemingly a lot going on but it is all placed perfectly, giving the whole endeavour a wide open feel. This record has long been touted as having a darker atmosphere than Art Angels and while off the top that does feel true, what also appears here isn’t claustrophobic in anyway at all. In fact, the song’s production has such a light touch that it truly does feel like it’s floating. “Darkseid (with 潘PAN)” continues this trend. With it’s bass-y beat and Grime’s effervescent vocals, it comes off a little like the 90s new age music of someone like Enya but when the hyperactive Japanese spoken word portion kicks in everything becomes singularly her own. “Delete Forever” surprises with a strum-y acoustic guitar and is possibly the most accessible bit of pop music that Grimes has ever produced. The track shows her way around a vocal melody and it’s quite a nice bit of change. By the time the drums kick in for the song’s chorus everything becomes one gigantic earworm and something that you wouldn’t be surprised to hear on contemporary pop music radio. “Violence (with i_o)” takes us back to the Grimes we know and expect with a sinister arpeggiated synth, a very danceable groove and her vocals existing on a plain all their own. “4ÆM” is classic Grimes. Double time drums, chanting gang vocals and a beautiful marimba track floating in the background. Even when the tracks get heavier like this, they are utterly danceable and retain this feather light touch as to never overwhelm.

It’s the “poppier” songs on the record that intrigue the most. This has been a sort of fascination with Grime’s songwriting since she has been releasing albums. Such as Art Angels “Kill V. Maim”, “My Name Is Dark” is a classic pop number that is just perfectly filtered through Grime’s sensibilities. It’s a real treat to hear something that doesn’t only make you want to shake it but that keeps you hooked on every single sound shooting through your headphones. We were told previously that this record would have some influence from “nu metal” and this influence is most apparent in “You’ll miss me when I’m not around” but it’s probably because of the bass tone right off the top. Grime’s work even when it’s being done at a darker level is so much brighter than any artist in any genre could hope to achieve. There’s always something, a hook, a synth bit, or the track’s drumbeat, that act as a touchstone from keeping everything from sinking into the mud. The album closes with “IDORU” which brings a bit of that colour we saw on Art Angels back into the mix. While there are a few remixes that proceed this track, “IDORU” is a lovely way to close out this next chapter of Grimes work.

From the start of her career, Grimes has always seemed like she may just be too off centre for mainstream music listeners but it goes to show that a true and genuine intention put into your work can really transcend what should and shouldn’t be popular music. Miss Anthropocene doesn’t stray far from what we’ve come to expect from Grimes but it’s also that we’ve come to expect a surprises from her that nothing on here seems at all rote or formulaic. It’s been a few years and this collection should keep people talking and listening enough until Grimes decides to unleash whatever she has up her sleeve next. In the meantime of that endeavour, it’s a beautiful thing to have such an interesting and talented artist to keep coming back to.

Miss Anthropocene comes out on February 21, via Crystal Math/4AD 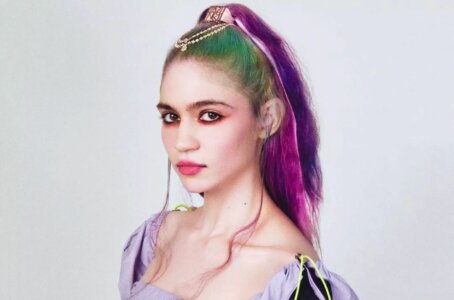