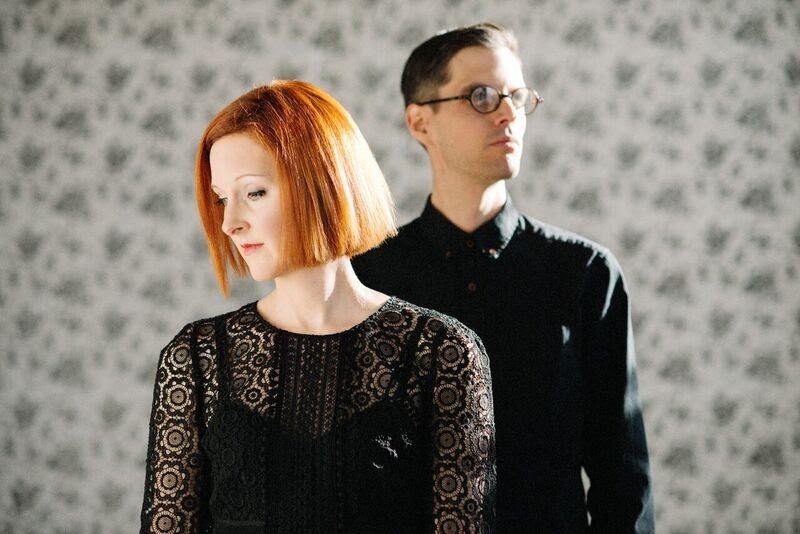 Throughout Broken Devotion, multi-instrumentalist/producer Keith Kenniff, also known for his work as Helios and Goldmund — in fact, Broken Devotion is his third album in a span of a few months — and his wife Hollie Kenniff (Mint Julep’s vocalist and lyricist) explore the many bright and dark dimensions of love, a tension that’s masterfully embodied on the album’s title track. Urgent yet ethereal, the album merges driving rhythms and hazy guitar tones as Hollie’s hypnotic vocal work achingly captures the unraveling of a romance.

The album in full this week, leading up to Valentine’s Day this weekend (fitting, we think), and describes it as having “an urgency that gives the duo’s sound a new, brighter tint.”

“The project really just started out as a way to get my wife to sing, because I knew that she could but was kind of shy about it,” says Keith. Though the duo initially mined much influence from early-‘90s shoegaze, Mint Julep gradually shaped their sound by drawing inspiration from electronic music and from their shared affection for rough-edged music of varying genres (industrial for Hollie, punk rock for Keith). “It took us a while to suss out whether this was something we were just going to have fun with, or if we’d actually release our music,” Keith says. “But we ended up keeping at it, and now we’re at the point where we’ve created something with its own sound that’s very unique to us.”

Despite the moody atmosphere of the album, much of Broken Devotion was born from a certain lighthearted spirit within Mint Julep’s creative partnership. Lead single “White Hot Heart,” for instance, began as a playful experiment in retro electro-pop but eventually mutated into an airy and shimmering, synth-laced number that’s timeless in melody. Also featuring a gorgeously sprawling cover of When In Rome’s late-‘80s new-wave hit “The Promise,” Broken Devotion shifts from the frenetic energy of beat-driven tracks like “Incinerate” to the downtempo drama of songs like “Slow Spiral” with delicate grace.

Noting that “it’s been great for Hollie and me to bond over making music, and to have that music feed into our relationship,” Keith points out that Mint Julep have found an even more enduring purpose in creating both Broken Devotion and its predecessor. “Writing music can be stressful, but there’s that joy that comes from creating something that you know you’ll have for a really long time,” he says. “We can finish an album and move on, and then go back years later and let the songs tell us what was happening then, what we were feeling. It’s a cool way to mark all these very specific moments in our lives together.”