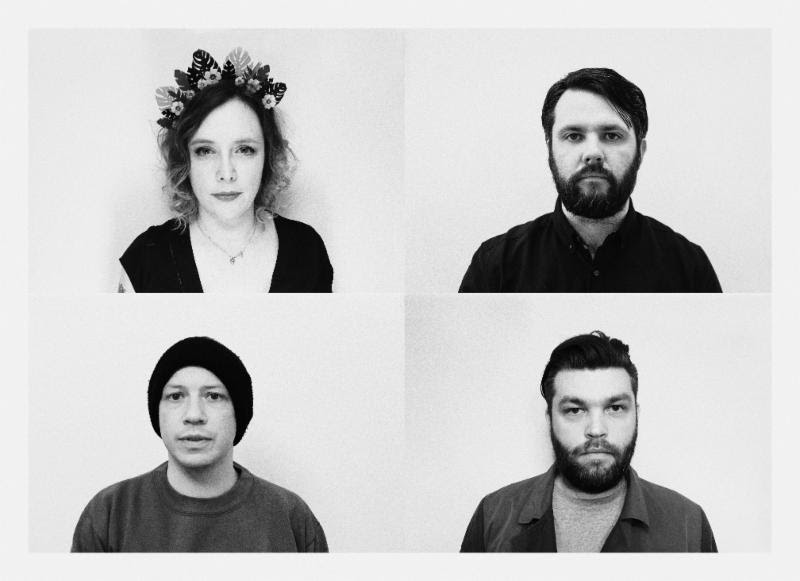 Photo credit: Sally Lockey
Share on TwitterShare on PinterestShare on PocketShare on RedditShare on FacebookShare on Email

Minor Victories – the exciting collaboration between Mogwai’s Stuart Braithwaite, Slowdive’s Rachel Goswell, Editors’ Justin Lockey and his brother James – will release their self-titled debut this summer, and today the band announce their first-ever North American tour dates. These will follow their inaugural UK/European shows next month. Tickets will be on sale Friday – see below to find a show near you.

To celebrate the band’s live North American debut, Minor Victories also share a new track off of the album. The follow-up to the haunting “A Hundred Ropes,” “Folk Arp” is a gorgeous 6+ minute song that was teased last week in another stunning short film via The Creator’s Project. You can listen to the song in full and watch the new visual below.

Produced and engineered by Justin, and featuring the likes of Mark Kozelek and James Graham from The Twilight Sad, Minor Victories will be released on June 3rd, 2016 via Fat Possum Records. What began as Justin’s desire to create an extreme noise EP topped off by a delicate female vocals, Minor Victories became a cinematic 10-track LP, masterfully crafted by four band members who had somehow never even all been in the same room together until after the album was completed. Far more than a side project for its members, this record unveils the real essence of what a group of talented individuals unshackled by convention can attain. Brought together by brief meetings, mutual acquaintances and overall serendipity, Minor Victories created this album together by swapping ideas, songs, fragments and finished recordings via broadband connections. This unusual process, combined with the members’ wide spectrum of musical tastes and experiences converging, ultimately led to something beyond the original vision of any of the contributors that pushes new boundaries and new sounds into uncharted waters.

PRESS HERE for a physical pre-order of Minor Victories and HERE for digital. Both “A Hundred Ropes” and “Folk Arp” are available as instant grat starting tomorrow.