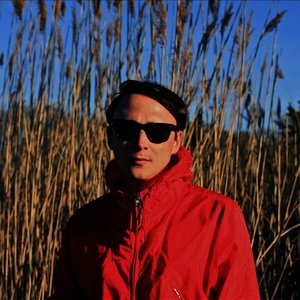 Tides End, the sophomore album from MINKS, was released this week and along with it the brand new video for “Margot”, which you can watch above.

Filmed by Sonny Kilfoyle and directed by his wife DM Harrington, the video follows a young woman through a day in her seemingly carefree life as she enjoys the waning days of summer. the video’s soft hues and feeling of ease echo that sensation and perfectly encapsulates the romantic nostalgia of it all.

MINKS’ will celebrate their record release this Friday in Brooklyn at Glasslands. Stay tuned for more dates soon!

Tides End is the second MINKS album, but you could say it’s a world away from the first. Moving out of New York City to try and cure a bout of writer’s block, frontman/songwriter Sonny Kilfoyle wound up in the East End of Long Island. Surrounded by water on three sides, it’s the same place that drew Warhol, Pollock, de Kooning, Steinbeck and more to escape the constant barrage of information of the urban landscape.

The escapist mentality of the location directly and literally affected “Tides End,” as the LP is named for a beachfront estate Sonny had wandered upon one day while out for a drive. Occupied by one family for generations, who after financial decline, are now forced to sell all they own. The experience of seeing old East Coast wealth, surrounded by beautiful Rococo paintings yet no modern appliances, was the initial spark to record the LP. Kilfoyle himself purchased a portrait “Margot,” which inspired and named one of the LP’s catchiest tracks. Visions of sipping gin and lemonade’s on the dunes with their future in peril could be something clearly reflected in the choruses of “Everything’s Fine” and “Playboys of the Western World.”  Themes of affluence, decadence and eventual decay in spite of the outside world are everywhere, even by the skull and shells amidst an explosion of color in the Everest Hall painting that graces the cover. This is “Tides End,” indeed.