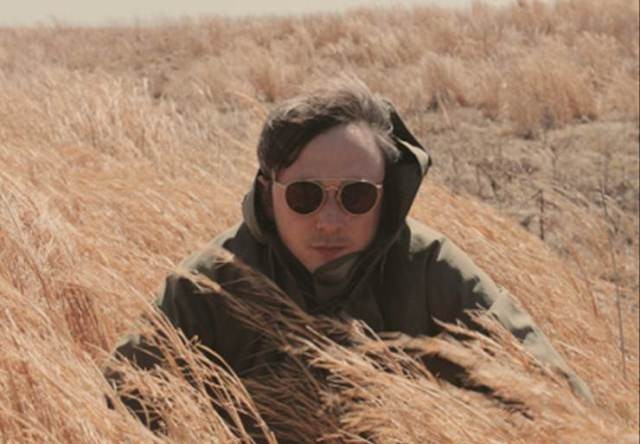 NT: It sounds like you moved quite a distance to record Tides End. Did the change of scenery help out?

SG: I moved out of the city mostly for personal reasons. It’s too big and the people are too fucking crazy. I had lived there for almost nine years, and one day thought to myself that if I don’t get out now, I’ll end up being one of those people on the subways who talks to themselves and collects newspapers in their apartment.

NT: That area attracted a number of artists including Andy Warhol and Jackson Pollock; was that something that initially drew you there?

SG: No, not really. They’re both dead now, so it’s not like I planned on running into them and having a beer. It’s more likely that I’m drawn to the same things that they were though. The seclusion, the ocean, and the freedom you have out here can probably be turn-on to most artists. The moment I started unpacking out here I knew I’d never want to live in the city again.

NT: Were you feeling a little nervous heading into the studio after finally coming up with the finished songs?

SG: Sure, I was a little apprehensive at least. About a year and a half before Tides End was finished I had originally started to record the 2nd minks album and it just sounded like shit. I felt like I wanted to record a follow up album right away but it just wasn’t going my way. I had too many ideas and not enough focus. Fast forward a year and a half. I’m sitting in a recording studio in Woodstock, NY with a friend’s band and it just hit me that I needed to get into the studio to make another MINKS album. I knew the day I got back home from Woodstock that I was going to call Mark and see if he’d work on the record with me. Two months later the album was done.

SG: This is partly true. He wasn’t militant or all gestapo officer about me listening to other music; he just wanted me to be open to different perspectives. For the past 6 months leading up to the album, I was on a jazz binge and, with the exception of one Arthur Brown album, I didn’t listen to any music with vocals. Mark is really obsessed with songs and production rather than bands and loves Eno/Lanois especially, so we would listen to the Joshua Tree and Achtung Baby. We’d also listen to a lot of Trevor Horn production like “Crazy” by seal. My favorite Mark suggested track which I began to listen to on repeat was “I’m Not in Love” by 10CC.

NT: Can we describe Tides End as an album of hope?

SG: It’s hard to say. I’m pretty depressed about a lot of things like technology, reality television, and the internet. Maybe it sounds stupid or paranoid, but it really gets me down. I rarely meet interesting people anymore and it seems that everyone just wants to fit in or be like everyone else. I don’t know if that comes through on Tides End, but I’m really scared of the future and what’s to come. I want to be hopeful, and I want to choose the good over the bad, but sometimes it’s just hard when all signs are pointing in one direction. To me, music is music. If you can find hope in it, then it’s an album of hope, and if you find despair in it . . . see a psychiatrist.

NT: The last tour you guys were playing live shows with six members. Have you decided what you want to do for the new album?

SG: Definitely not tour with six members . . . just kidding. But it’s true, we are going to tour as a three-piece similar to bands like Beach House or The XX. There were no live drums on the album and I want the live shows to have more of an electronic feel rather than the typical “indie four piece”.

NT: Which five albums are influencing you theses days?

SG: It changes day to day but at 11:50 on Wednesday morning they are:

Getz & Gilberto album with “The Girl From Ipanema”