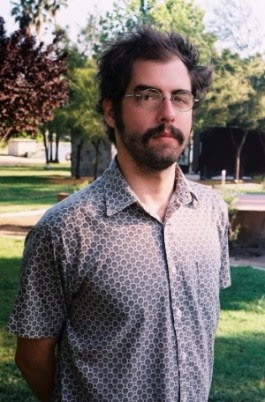 Mild High Club have announced their second full length album, Skiptracing, due out August 26th on Stones Throw Records. It’s the follow up to last year’s Timeline. Today, they’re sharing the first single from Skiptracing, “Homage,” which is available to stream below.

It’s been quite the journey for Mild High Club founder Alexander Brettin. He grew up playing flute in the school band and majoring in jazz studies in Chicago. In 2012, a visit to Los Angeles allowed him to connect with the Stones Throw crew. Within a year, after passing the early demos of what would become Timeline onto Peanut Butter Wolf, Brettin made the move out west.

“The difference between Timeline and Skiptracing is detail,” Brettin said. “I was stubborn with the process for Timeline; it took almost three years to let go of it.” On Timeline, Brettin resorted to vague lyrics so as to highlight the music itself. But for Skiptracing there’s both a heightened thematic aspect as well as more complex musical arrangements encasing it. In Brettin’s estimation, the album’s story arc is that of a “private investigator attempting to trace the steps of the sound and the spirit of American music.”

And in investigating the spirit of American music, Mild High Club re-imagine AM radio hits as blasting in from a parallel universe, the sound of early 70s LA in a smog of sativa. If Todd Rundgren was the primary touchstone for Timeline, Brettin and band now look to the wry, trenchant wit of Steely Dan, gazing deep into the dark underbelly of sun-bright LA and coming away with catchy songs underpinned by slippery jazz phrasings.

Dig deeper into the lyrics and imagery and that detective story slowly emerges. But it’s no simple whodunit? Instead, think The Long Goodbye, The Late Show, Chinatown, Night Moves or any early 70s inversion of the detective noir genre, where the gumshoe protagonist ultimately winds up investigating himself, navel-gazing so as to solve the ultimate mystery. Skiptracing is Philip Marlowe driving around LA listening to Caetano Veloso or that deleted scene in John Cassavetes’s The Killing of a Chinese Bookie where Cosmo Vitelli reads Cosmic Trigger.

In crafting Skiptracing, Mild High Club have made an album that strikes a balance between the known and unknown aspects of art and creation. While Brettin sought to have complete control over the creation of the previous album, in opening up and allowing these creative variables in, he learned a valuable lesson that lies at the heart of Skiptracing itself: “When you wish upon the unknown, you might be surprised by the rewards.”

Mild High Club will tour extensively in support of Skiptracing with a slew of headline dates and stops at 4Knots Music Festival, Capitol Hill Block Party, Pygmalion Festival and more. A full list of dates is below with more to be announced soon.