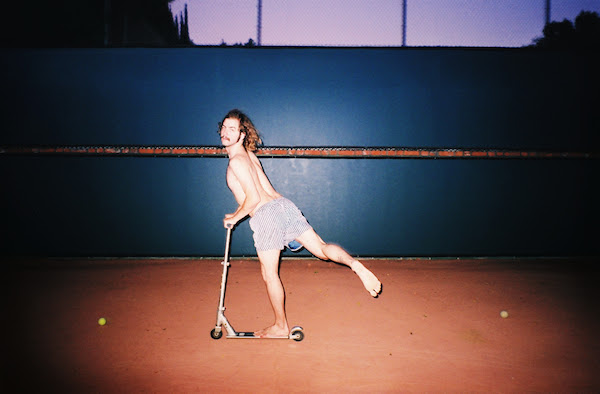 Mild High Club is the home for the musical output of Alexander Brettin, a jazz-schooled musician transplanted from the Midwest to Los Angeles. The Club is due to release its debut album Timeline on Circle Star Records, the new imprint of Stones Throw Records, September 18th, 2015, and fans can hear the new song “Undeniable”, Premieres today.

Recording with a Fostex 4-track cassette recorder, MacBook, 12-string electric guitar, PortaSound keyboard, bass, drum machine, software instruments “and whatever was lying around,” Brettin began recording Timeline in 2012. In addition to the pure pop of singer-songwriter Todd Rundgren, sixties psych wields an obvious influence over Mild High Club’s music. Brettin strips away the opulence and over-the-top arrangements and oddball tomfoolery commonly associated with it in favor of phased melodies and heartfelt lyrics.

Mild High Club recently toured with post-punk pioneers Wire and has shared the stage with the likes of Mac DeMarco, Ariel Pink and Mikal Cronin. This summer, he’ll embark on a string of North American and European dates with King Gizzard and the Lizard Wizard this August.