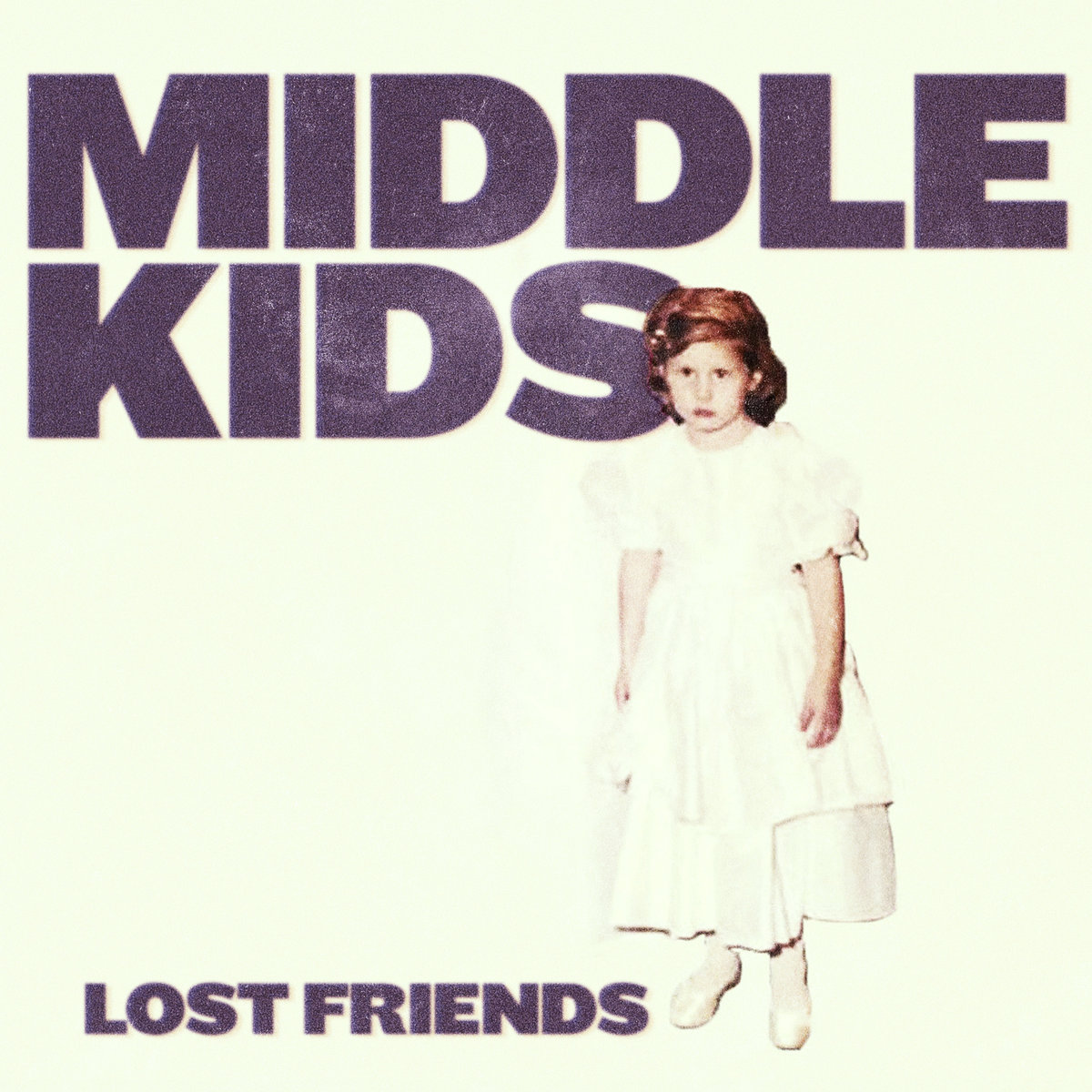 With so many indie-rock bands making music these days, making something emotionally honest can often just be as distinct as a unique sound. For Middle Kids new record they have all the sounds of their contemporaries, but decidedly harness them in new and totally unexpected ways. By building their arrangements as they build the narratives within their songs, they create an album with weight that’s unmistakable.

Though the heavy synths would make you think of something more dower, “Bought It” launches the record into a powerful stomper with depth. The track constantly expands around Hannah Joy’s vocals and pulls back in one final time for an explosive ending. The throttling beats of “Mistake” kicks with an unmistakable sense of momentum and lets Joy’s vocals really serve as the driver behind it all. Even though the track runs a familiar indie-rock charge, Middle Kids build such a fiery energy over the course of the track that you’ll be too mesmerized to notice.

“Edge Of Town” runs its guitars with a light hand, making its drop into ethereal synths all the more surprising and colourful. Though the keyboards certainly add a lot, there’s a real magic to the guitar riffs off the chorus that steal the song. Middle Kids have a little more trouble escaping their familiar trappings on the bass-driven rush of “Maryland.” This said, there’s a lot of great rhythm play and exploration in the song’s last moments to keep things fresh.

Dense riffs and a rollicking beat send “On My Knees” rushing out like there’s no tomorrow, and it’s frankly shocking how simple they managed to keep the vocals from being muffled. With so much going on however, Middle Kids manage to temper themselves at the right time to keep the song from feeling like it’s too busy. Addictive melodies make “Don’t Be Hiding” a constant joy to hear, and let its fat keyboard chords really hold the song together. It’s Joy’s worried narrative on the other hand that constantly surprises in the song, and keeps giving things a little punch.

“Hole” strips so much away for a tender and pained ballad of moments lost to time, and regrets that can’t be fixed. Short and full of sorrow, the song captures the feelings of loss that are so hard to put words to, while it doesn’t become a sonic outlier of the album. There’s such a booming energy to “Please” that it’s really no surprise that Middle Kids run with it from top to bottom. With a cosmic aesthetic swirling in the track’s backend, each chorus is an earnest and emotional release that will have fans belting at a live show.

A bitter spirit surrounds “Lost Friends” as sadness turns to anger, turns to frantic hope for something better. Joy’s powerful vocals tie this emotional rollercoaster together while the instrumentation itself evolves around her performance. As “Never Start” trickles out with uncertain beats and vocals, it slowly builds towards a racing pace that it never loses afterwards. Like much of the album it reflects on a moment of pain but manages to grow stronger from it in an inspiring and memorable way.

There’s a hint of the Pixies in “Tell Me Something” between the howling vocals and a bass hook that cuts throw everything else with vigor. As the song expand however heartfelt strings and masterful touches of sound turn the song into a fully fleshed out ballad. “So Long Farewell I’m Gone” is a tension-filled build of a track as drums and guitar start gaining steam around a subdued piano line. Slowly however Joy’s vocals reach a fever pitch as even more starry synths pop out for an over-the-top finale few albums get anymore.