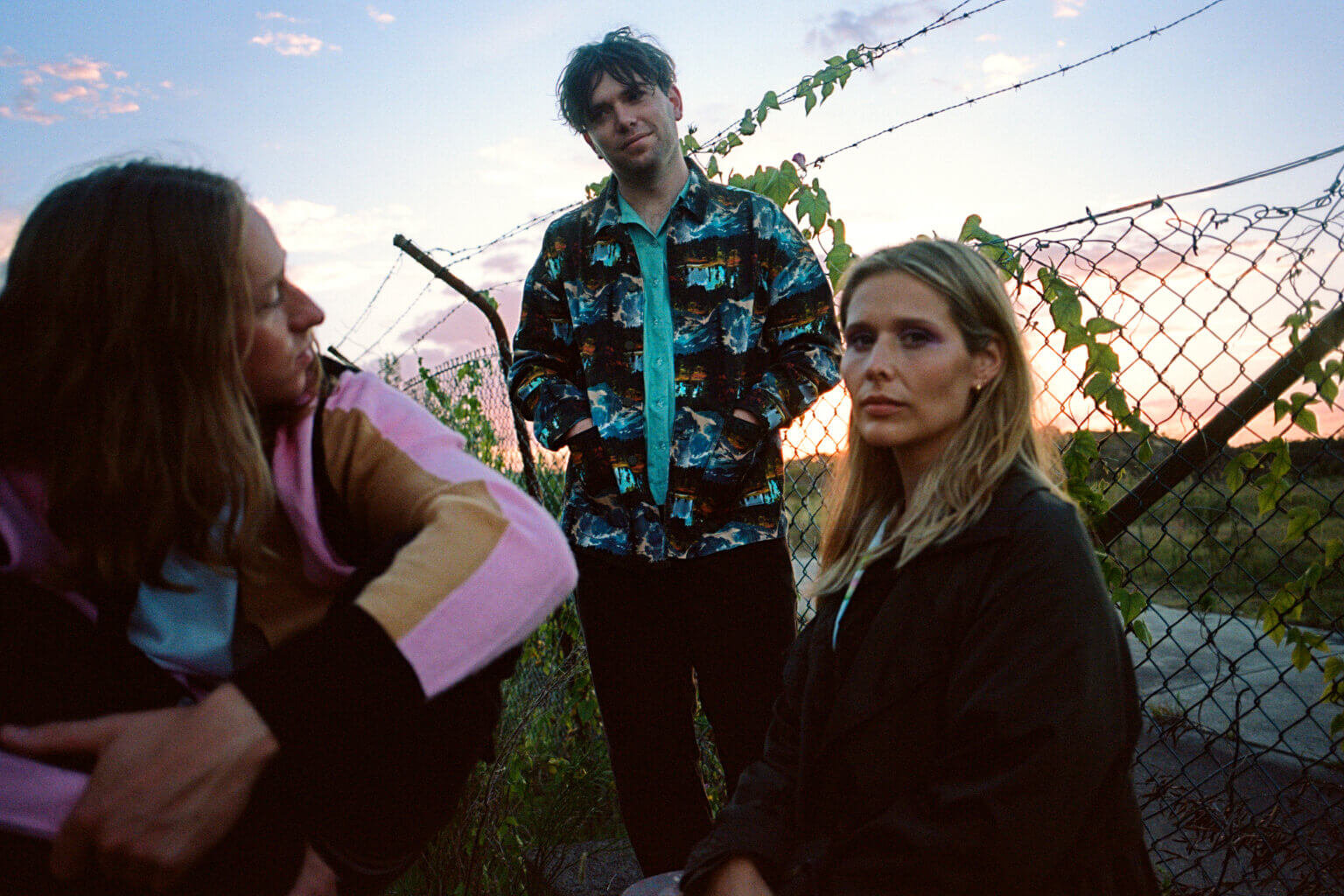 The first words you hear Hannah Joy sing on the wonderful new Middle Kids album, Today We’re The Greatest, are “Hope is an underrated word” and it immediately sets the tone for the songs they have laid out before you. That first line carries the listener through some pretty personal observations by Joy and her band, Tim Fitz and Harry Day, that were not anywhere near hopeful. These scenarios run the gamut from anger to depression to the discretions of youth and while all of these feelings may have not been the greatest to initially experience, they seem to have shaped Joy’s life and brought her to where she is today. Through listening to the songs on the record, you do feel the catharsis in her words.

Her songs resonate with the idea that we can be the greatest versions of ourselves. The things we have gotten past, the chances we have taken, the sacrifices we have made, have all led us to this place. After forming in 2016, the Sydney, Australia based band has had quite a modicum of success in a short period of time. Their debut album Lost Friends was lauded upon its release for its radiant, anthemic indie rock and with their new album, Middle Kids have stepped things up even further. You can hear the excitement seeping through your speakers on tracks such as “R U 4 Me” and “I Don’t Care”. The group is an amazingly cohesive unit after their months of touring Lost Friends. When we catch up with Hannah from her home in Sydney, she reflects on what it was like for the band to record in a studio for the first time, what it has been like to release a record during a pandemic and what the process was like for her to dig deeper to find these songs.

“I think in terms of making music, historically,” Joy explains about her writing process, “never in a seeking frame of mind, its more of a receiving thing in terms of writing whatever is there, like, this is a good song, let’s roll with that, instead of trying to see what else is there. To dig a little deeper. A lot of our first record was made like that and although that is kind of a cool way to make things, I just felt that I wanted to move into new places which feels mysterious and scary because you don’t know where that is going to take you. For the first while, when I was writing songs for this record, I was like ‘this is not it and I don’t know what it is’. There was a real intentionality about going to new places within myself and with us as a band.” You can hear this intentionality all over Today We’re The Greatest. From the opening, acoustic drenched stunner “Bad Neighbours” with its repeated refrain of “Just When I Am Breaking Free/I Can’t Quite Hold It All Together” to the album’s early single “Questions” and its chorus where Joy asks, “I got questions/And you got answers/And I’m not sure if they’rе even worth asking”, the whole thing just feels extremely honest. “I felt like exploring more, and I will write a song really quickly, and I’m not flexing, undisciplined, I would say” she laughs, ”like, here’s a song, let’s do it. I’ve always been quite thoughtless about it, if it feels good then that’s cool but I wanted to know what else was going on down there and what other music was swirling around and it was a nice journey because I think I liked what I found.”

One of the interesting side effects of the amount of time Joy spent digging into these songs was that by the time the band got to the studio, in Los Angeles with producer Lars Stalfors (St. Vincent, Soccer Mommy, Cold War Kids), they felt fully confident in tackling any challenges that may have sprung up. “I think the only reason why we felt confident,” she explains, “was that the songs before going in were pretty much realized, in terms of the guts of them, which meant we had a great sense of confidence going into that space because we knew the songs were there and it was an opportunity to build them and to flesh them out. There were heaps of creativity and freedom in terms of how we flesh them out and with what we threw at it.”

This couldn’t have been a better situation for Middle Kids as it was also the first time the band recorded in an actual studio. “We worked with Lars Stalfors and he has this multitude of random instruments so being able to kind of pick random things up that we wouldn’t have had at home and having his ears too, was so wonderful. It wasn’t a time of being like, ‘oh crap, we need to find another song or to help this song get there’, we felt like they were there. So, it was just an awesome experience.”

Now that the record is out in the world, the one thing that presents a challenge to the band is how to reach fans and new listeners without the ability to tour traditionally. When we ask if there is anything new that her and the band are embracing to reach her audience, Joy is hilariously deadpan in her response at first but then sums up her thoughts as perfectly and succinctly as she has done with her work on Today We’re The Greatest. “No, to be honest,” she says laughing. “We are writing new stuff again and one thing that has been cool is that we have a tour in Australia in a month and we are playing in these concert halls that are more suited for symphonies and things like that because at the time we were booking, because of the restrictions, people would have needed to sit down so we are using it as a way to present more of a musical evening. We are getting more instruments in, some strings and some brass and putting a night on that is quite different from what we normally would do, and use that as a way to connect. It has been a really cool, creative experience for us that wouldn’t have happened if it wasn’t for COVID but basically we’ve just been doing what it is we know how to, through this moment, which is making music. It is really such a time where you find out what is truly true for you, what is really meaningful and important and I think it’s been a cool reminder for all of us of the things we really need that help us live a good life. Hopefully, as the world is healing from all of this we can embrace this very special time of community. People coming together and trying to care for each other and even as life kind of picks up again, I am hoping we can keep fostering this together.”