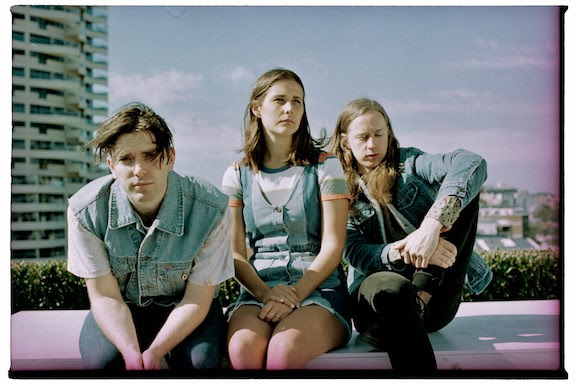 Middle Kids are hard at work on their debut album, but will take a break from the studio next month to return to the US to play festivals and their own headline shows. The band will play Lollapalooza (including a very special afterparty with Mac Demarco), Osheaga, and will open for Sylvan Esso as part of the BRIC: Celebrate Brooklyn! series.

Middle Kids are Led by singer-songwriter-guitarist Hannah Joy, with Tim Fitz (producer and multi-instrumentalist), and Harry Day (drums) rounding out the team, Middle Kids combine echoes of the infamous female-fronted indie rock bands of the 90s and early 2000s, like Sleater-Kinney, The Breeders, and Belly, with thoroughly modern production and a deep love and respect of the songwriting process. The band’s sound is a combination of slide guitar leads, and soaring melodic vocals. Middle Kids’ also recently Covered Car Seat Headrest’s “Fill In The Blank”, which is now available to stream.