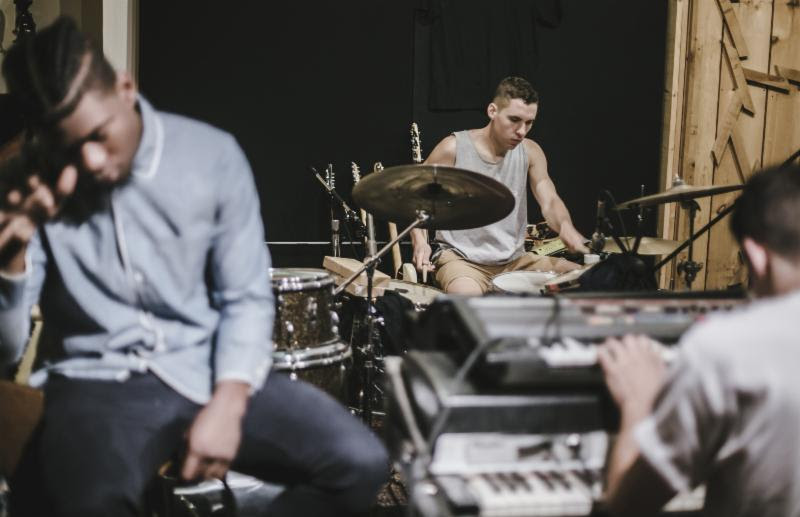 Mick Jenkins has released “Drowning”. The track was written and produced in BADBADNOTGOOD’s studio in Toronto for Red Bull Sound Select. “Drowning” is the third collaboration between Mick Jenkins and the band this year, following their one-off “The Artful Dodger” and “Hyssop of Love” from BADBADNOTGOOD’s recent album IV. Speaking about the experience of working with Jenkins on “Drowning”, BADBADNOTGOOD says:

“We met Mick for the first time briefly at a show and I remember being blown away by his live set. A little after that, Red Bull Sound Select contacted us to put together a session with him, and we jumped at the chance. To work with someone that has such strong vision was very inspiring for us. Everyone was throwing out ideas and it was a really organic workflow. Mick sang live as we recorded the track, so that raw energy is present throughout the whole song.”

Mick Jenkins elaborates on his own experience of collaborating wth BADBADNOTGOOD, saying:

“It has been a one of a kind experience working with BADBADNOTGOOD. A lot of the time they were just jamming and I was freestyling until we came across things we liked. I introduced the idea of covering TheSenseiBlue’s ‘On The Map,’ a viral hit from YouTube and the subsequent laughs and enjoyment ensued. It was the inspiration for ‘Drowning.'”

Fellow Midwest MC Smino, a young rapper from St. Louis will join Jenkins on the tour. Smino has been making waves with his Zero Fatigue crew and his work with 21 year-old producer Monte Booker.

A QUEST FOR LOVE TOUR DATES: