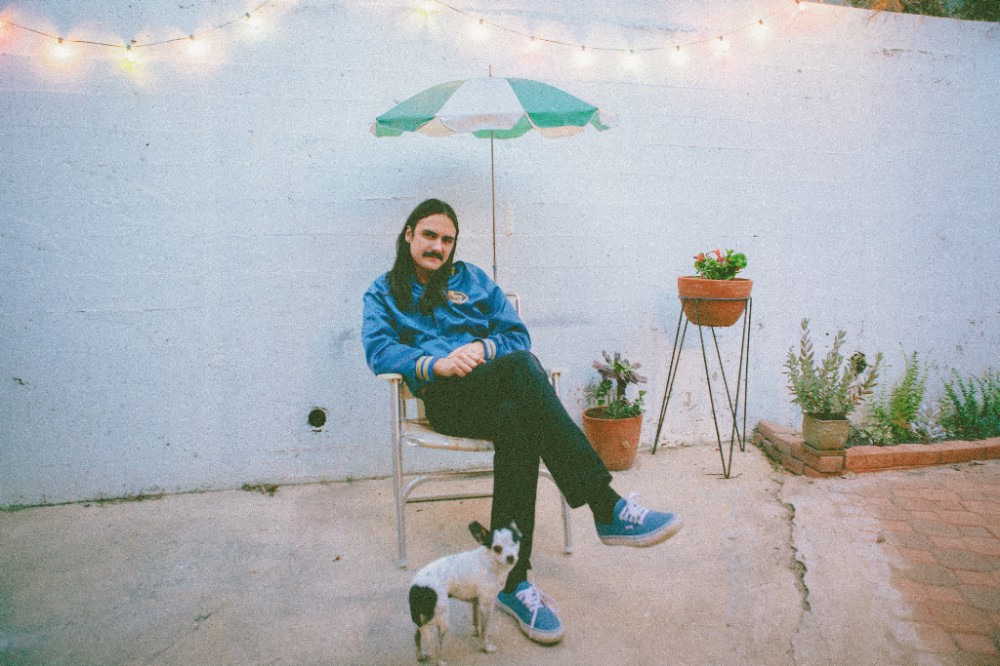 Things don’t always go as planned but for Michael Rault things went wrong for the better. After losing his studio living space, a series of failed attempts at a new record brought Rault to Daptone where his album would gain new life. We caught up with Rault on his North American tour to talk about his range of influences and how hockey commentary led to his album title.

Northern Transmissions: How did such a pop-focused producer like Wayne Gordon get involved and what do you feel like they brought to the album?

Michael Rault: Just because Wayne came up in the Daptone scene he’s always go one foot in the pop world. He’s done drums on “Uptown Funk” and worked on “Locked Out Of Heaven” with Bruno Mars as well. He’s also worked on a lot of rock n’ roll, but he’s brought in because he knows how to engineer very well for those pop artists. I’ve never worked with an engineer who is as talented and experienced as Wayne is. Having him and Gabriel Roth working on the record together was just a crazy experience.

NT: Looking at the nocturnal themes of the album, how did you feel like the night and how we act at night inspired you on this album?

MR: It just came about randomly, I hadn’t planned on making a theme around sleeping and dreaming until I had written a few songs about that. I saw the theme there and I started to explore it a little more consciously. I tend to write more from a subconscious place, so then I found the central theme that would work for the record.

MR: I was watching some random game, I think it was the Senators. They had lost badly the night before and somebody on the team said, “We gotta put the past behind us, it’s a new day tonight.” I thought it was a really awkward way to say that, and then I thought it was a cool phrase about going out in the night time.

NT: Considering the gap you had between records, why did you reportedly sit on releasing it for over two years?

MR: It wasn’t mostly done, but there delays along the way a lot. I’d finished the last record and by the time we’d put it out I’d already finished a new single. So I had been buying gear and I had a studio to make noise in, and I thought I would make the album really fast. I was telling everyone at SXSW that I would finish the record in 3 months. A lot of songs were mostly finished but then I got evicted after the tour, I had to move to Montreal because it was cheaper. I moved and didn’t have a studio, so I was trying to find somewhere to record. I made some terrible demos and decided to go to my cousin’s studio. That didn’t work out either, and then Wayne invited me over to Daptone after meeting him on tour with King Gizzard. I realized it made sense to record at a studio I’d admired for some time, and to work in a studio that was professional. I sent them some songs, and Wayne liked them enough that he suggested I put it out on Wick (Daptone). From there, Wayne became part of the process and we worked together.

NT: You’re one of the rare modern rock acts on Daptone, do you feel like the label influenced your ability to tap into these more vintage sounds?

MR: I think there was a lot of things that fed into the final vibe of the record that are just built into their style. They record analogue there and I had generally recorded digitally. I abandoned that, so  I got a rhythm section to cut it live off the floor. Right there the analogue process was already producing a more organic feel. The room is great, the people are cool and the office people are mostly great musicians. All of the label members’ range of experience really just added a lot to the record.

NT: Your music blends ELO, McCartney and Zeppelin at times among other artists, so how do you balance this influence without going too far?

MR: I never sat down here trying to copy an artist, but I totally recognize the similarities as well. For the most part, music is music, and rhythm and harmony are all you work with. So with all these artists using the same elements it ends up having similarities. We did one European tour and I got back just burnt from touring, and I didn’t want to do too much concentrated writing. So I came up with a lot of riffs messing around in that time so that’s how a song like “Sitting Still” came about and then the rhythm section came about way later, and the lyrics even later. I think they avoid being derivative because of all that time and the fact that I’m not consciously copying anyone.