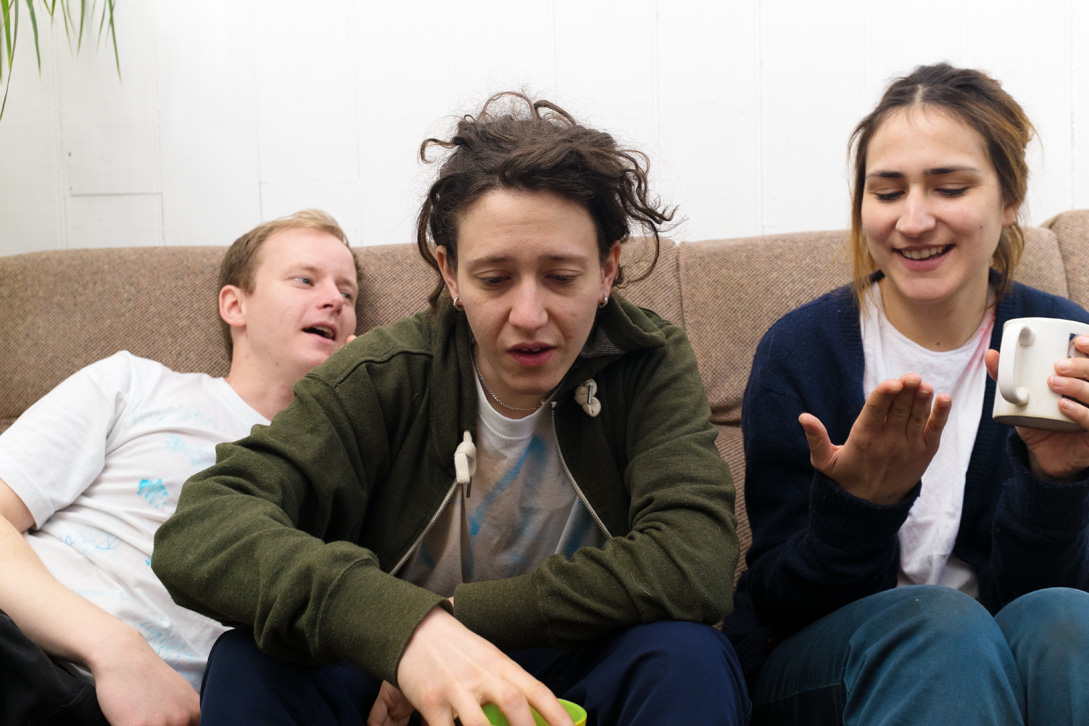 Following the recent announcement that Micachu & The Shapes will release their third studio album Good Sad Happy Bad on September 11th, and the streaming of tracks “Oh Baby” and “Sad”, today the trio have shared a third album track “Sea Air” in the form of a video. The clip was made by James and Mark Hankin and features the band’s drummer Marc Pell playing in slow motion.

Three years after the release of their last record Never, the making of Good Bad Happy Sad was almost an accident: the three friends decided to rehearse in an East London studio, and found themselves immersed into an hours-long jam. Drummer Marc Pell had an Edirol field recorder in hand, and unbeknownst to his bandmates, recorded the whole session; Pell, Mica Levi, and Raisa Khan were so enamored with those off-the-cuff studio experiments that they became the underpinnings of a new record.