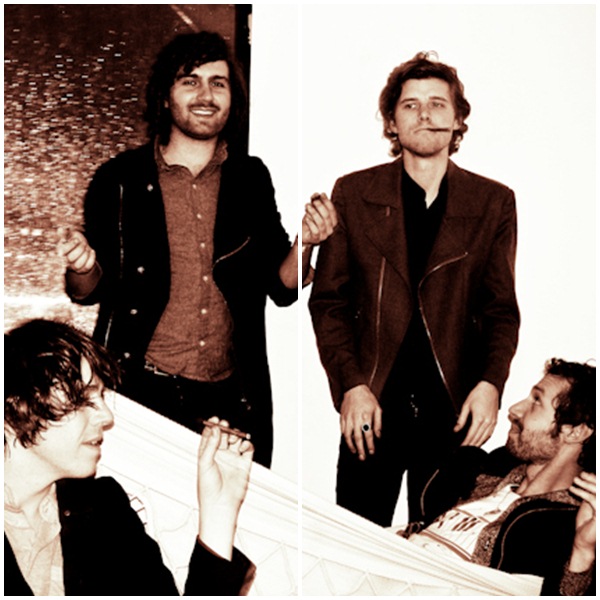 Australian/LA-based electro-pop act Miami Horror have debuted a new single, ‘Colours In the Sky (feat. Cleopold).’ This second effort drops fast on the heels of their first track ‘Real Slow (feat. Sarah Chernoff)‘, part of a AA-side 7-inch set for release November 12th on Neon Gold. The band debuted a beautiful new video for ‘Real Slow,’ directed by Victor Pakpour, and will return home to Australia in early February for a handful of headlining dates.

Colours In The Sky’ is a step away from the band’s traditional sound. According to band producer Benjamin Plant, “we wrote this song in a lakeside log cabin near the outskirts of LA. It was a really inspiring and refreshing time, so we chose to write about everything that is uplifting about life, aiming high and seeing the positives in each opportunity.”

The past few years have seen the group, consisting of Plant (production/keyboards/bass), Aaron Shanahan (drums), Daniel Whitechurch (keyboards), and Josh Moriarty (guitars/vocals), release their highly anticipated debut, Illumination. as well as  relocation to Los Angeles after lengthy tours of both their home country and abroad. The four-piece quickly found inspiration in the glowing year-round Californian sun, set up a home studio, and eagerly started experimenting with new sounds and projects. They’ve spent the last year crafting and perfecting new material and matured songwriting to deliver a new chapter in Miami Horror’s evolution. Their sophomore album will be released in Spring 2014.