D.A. Stern has announced details of his debut album, and shares his first video for new tune “Miami”. The track is lifted from LP ‘Aloha Hola’ and is inspired by filmmaker and actor Albert Brooks.

On the track and its accompanying video, D.A. Stern said:
“I am a huge Albert Brooks fan and Real Life might be my favorite of his movies. It’s basically about a filmmaker, played by Brooks, who plans to make a feature out of footage he shoots of a real American family during their day-to-day lives; naturally, everything goes wrong. The hilarious and beautiful montage that occurs during one of the family’s happier spells depicts a typical all-American family living an all-American dream in slow-motion, yet we are aware that this is not the truth. Beneath all of the smiles, ice cream cones, and board games, this family is being pushed to their limits by a selfish man with a vision. The idea that not everything is as it seems and that things are different below the surface ties directly into what the song Miami is about.” 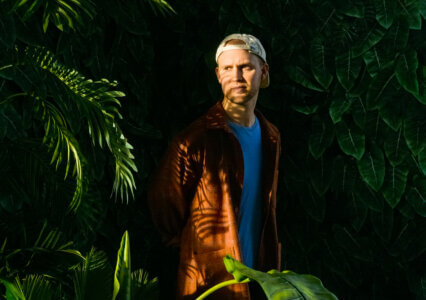