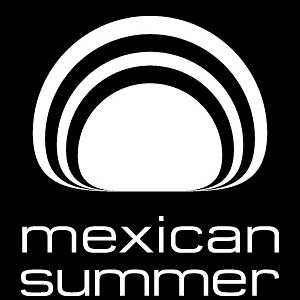 In anticipation of the December 9th release of Mexican Summer: Five Years, the label has today released another collaborative track from the book’s special 10″ record, this time from Ariel Pink and Jorge Elbrecht as Jorge Elbrose. “Called To Ring” is Jorge Elbrecht and Ariel Pink’s third collaborative track, and was recorded over the same weekend as their 2013 summer single “Hang On to Life” with drummer Will Berman. What started as a few chord progressions and vocal sketches of Elbrecht’s was fortified and made complete by Pink’s vocals, added guitar parts and hand in the production. The resulting track is a gorgeous slice of melancholic guitar pop. The pair sing in unison throughout, with lyrics barely discernible amongst the faded guitar wash.

The Jorge Elbrose collaboration is the second track released off the upcoming commemorative Mexican Summer: Five Years deluxe hardcover book, coming hot off the heels of “Alive” by Autre Ne Veut and Fennesz, and will be featured on the book’s 10″ alongside new and unique collaborations from Bay Of Pigs (Spiritualized, Soldiers of Fortune, and Neil Hagerty,) Quilt and Bobb Trimble, and The Lonely Sailor and Renée Mendoza Haran (members of Total Control, Lace Curtain & Ashrae Fax) and will only be available with purchase of the book itself.

Designed by longtime collaborator Dan Schechter, Mexican Summer: Five Years features an embossed cloth cover, craft paper wrap, three interior paper stocks and an integrated 10” sleeve. The 11”x11” hardcover book, coming in at 256 pages, is limited to a one-time edition of 1,000 copies, and includes unique and unseen art and ephemera, photos and written contributions from a host of Mexican Summer artists.Mexican Summer: Five Years is the culmination of five great years for the Brooklyn-based label with well over 100 releases, including records by artists such as Best Coast, Ariel Pink’s Haunted Graffiti, Washed Out, Kurt Vile, Peaking Lights, Oneohtrix Point Never, as well as reissues from Robert Lester Folsom and Linda Perhacs.

Mexican Summer kicked off its anniversary celebration earlier this fall with a two-day festival in Red Hook, Brooklyn, featuring performances from Spiritualized, Ariel Pink, No Joy, Tamaryn, The Fresh & Onlys, Connan Mockasin, Lansing-Dreiden, Linda Perhacs and more. Both the book and the festival have served to highlight a truly innovative and celebrated label, one that will continue to surprise and excite listeners for at least another five more years.