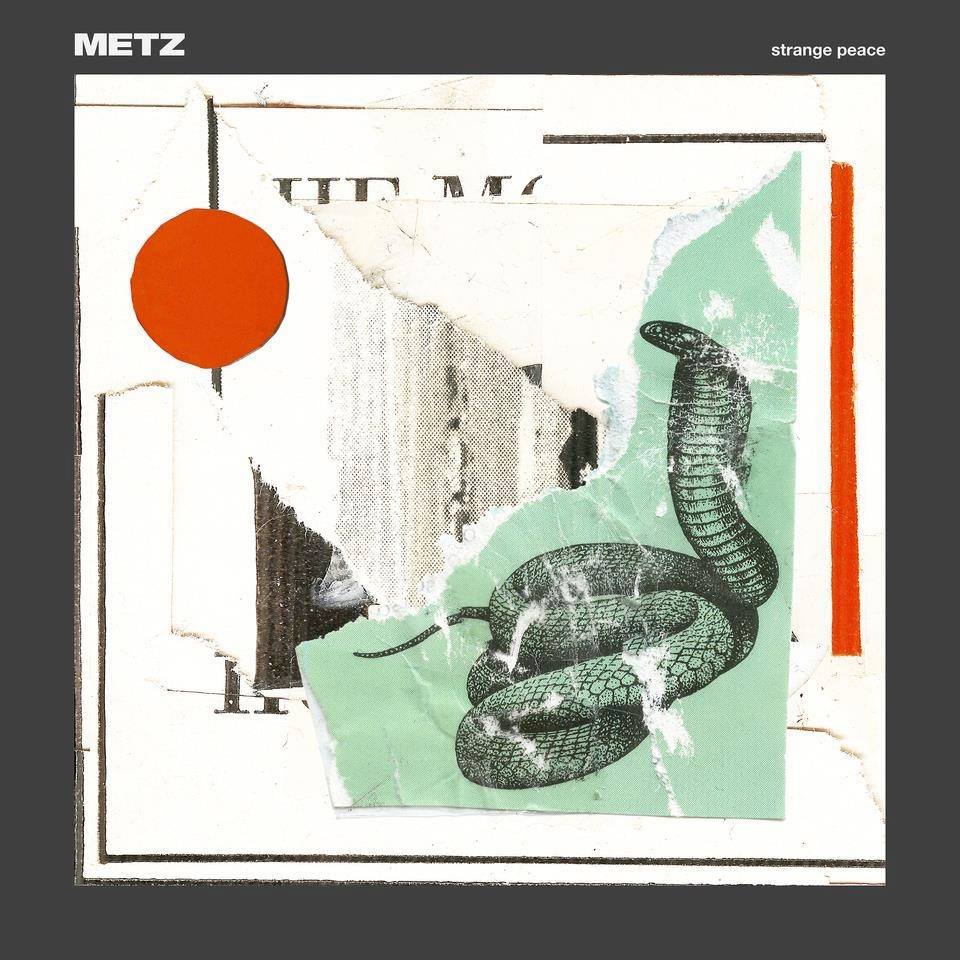 After three albums, METZ still refuses to be known as a studio band. Each of their three records try to distill the spirit of the band’s pulverizing live shows onto tape, for better or worse. Having spent the five years before releasing their debut gaining a large following in Toronto as one of the scene’s heaviest hitters, their first record gave exactly what it promised: an unforgiving frontal assault of gnarly noise rock with just enough catchiness and personality to differentiate it from the hundreds of other bands trying to shake the same chain link fences and bruise the same faces.

After their last album II failed to build much on the irrepressible spirit of their debut, the band called upon indie rock’s ultimate fixer, Steve Albini, to give their sound the edge it needed to stand out. To his credit, Albini brings his all to the album, giving it a lo-fi urgency that recalls his work with Nirvana and Fugazi, as well as with more recent acts like Cloud Nothings. Strange Peace is an album that just sounds great from front to back, consistently knocking it out of the park with heavy guitars, concrete drums, and basslines that threaten speaker systems everywhere. It’s a marked step up from their previous release, whose mix was muddy and underwhelming.

While Strange Peace brings some of the band’s strongest songs yet onto vinyl, the album itself is pretty similar to their previous two, relying on much of the same punk rock ethos and rollicking chord progressions that made their early work so infectious. This isn’t necessarily a bad thing. Songs like opener “Mess of Wires” and “Lost in the Blank City” could be tracks cut from their debut, but they match the high energy and passion that album brought in spades. For many fans, this will likely be a case of if it ain’t broke: the band knows how to do one thing very well, and for some people, that’s more than enough.

Where Strange Peace starts to feel like a missed opportunity is in the few songs that really mess with the formula. Early single “Cellophane” is a light touch in an otherwise pulverizing discography, a pop song disguised as punk rock — or maybe the other way around. Vocalist Alex Edkins’ impassioned refrain of “How will I know?” meshes perfectly with a catchy riff and energetic drum beat to make for one of the band’s most user friendly tracks. “Sink” is similarly out of left field, pairing a downright pleasant guitar line with a measured rhythm section and a surprisingly subtle vocal from Edkins. “Caterpillar” is stripped back and tense, a song that threatens to burst into a slimy guitar jam but never does.

This isn’t to say that the record’s more predictable material is underwhelming. “Mr Plague” sounds like Green Day on steroids, perfectly suited for car seat headbanging or marathon running. “Dig a Hole,” one of the record’s shortest tracks, is even quicker and messier, featuring a guitar hook that screams like an angry elephant and vocal call and response that almost recalls riot grrrl acts like Sleater-Kinney. These show off METZ’s ear for hooks without sacrificing the band’s heaviness or liveliness.

Still, Strange Peace feels like a record that could’ve been a lot better had the band pushed themselves a little further out of their comfort zone. Songs like “Common Trash” and “Drained Lake” could’ve easily been scrapped for something a little more boundary pushing, and still would’ve kept the album at around a half hour, no longer than the group’s other records. Instead, they played it safe, something that a punk rock band should never do. Strange Peace is a step in the right direction, but it doesn’t step far enough.