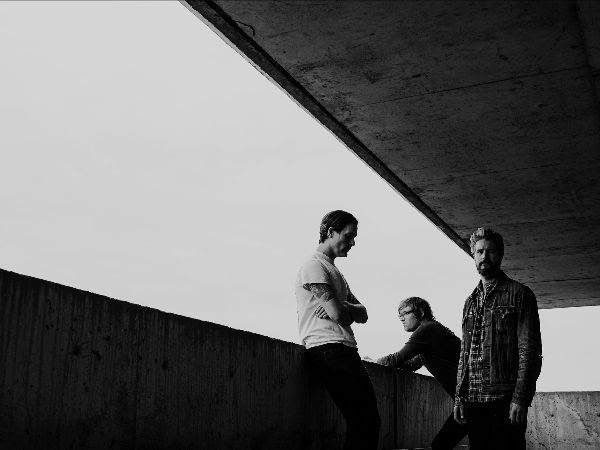 METZ have released a new video for “Hail Taxi.” The track is off the trio’s forthcoming release Atlas Vending. ““Hail Taxi” is about looking back. The lyrics deal with the idea of reconciling or coming to terms with who you were and who you’ve become,” shares frontman Alex Edkins. The stunning video, directed by A.F. Cortes, heightens these themes and expertly captures the same intensity as the alternately brutal verses and beguiling choruses of “Hail Taxi.” Of the video, Cortes says, “I wanted to tell a simple story that captures the song’s overarching theme. The idea of longing for the past creates many visual motifs and I wanted to create a piece that feels timeless and conveys a sense of isolation, highlighting that while we can hide our feelings, we can’t run from them.”

Atlas Vending, drops on October 9th via Sub Pop/Royal Mountain. The full-length was co-produced oby Ben Greenberg (Uniform) and the engineered by Seth Manchester (Daughters, Lingua Ignota, The Body) at Machines with Magnets in Pawtucket,

Preorders of Atlas Vending are now available from Sub Pop/Royal Mountain. LP preorders through megamart.subpop.com, METZ’s merch store and select independent retailers in North America will receive the limited Loser Edition on pearlescent grey and silver vinyl. Vinyl preorders in the UK and Europe from select independent retailers will receive the Loser Edition on light rose colored vinyl. A new t-shirt design is available as well. And in Canada, Atlas Vending will be available from Royal Mountain Records