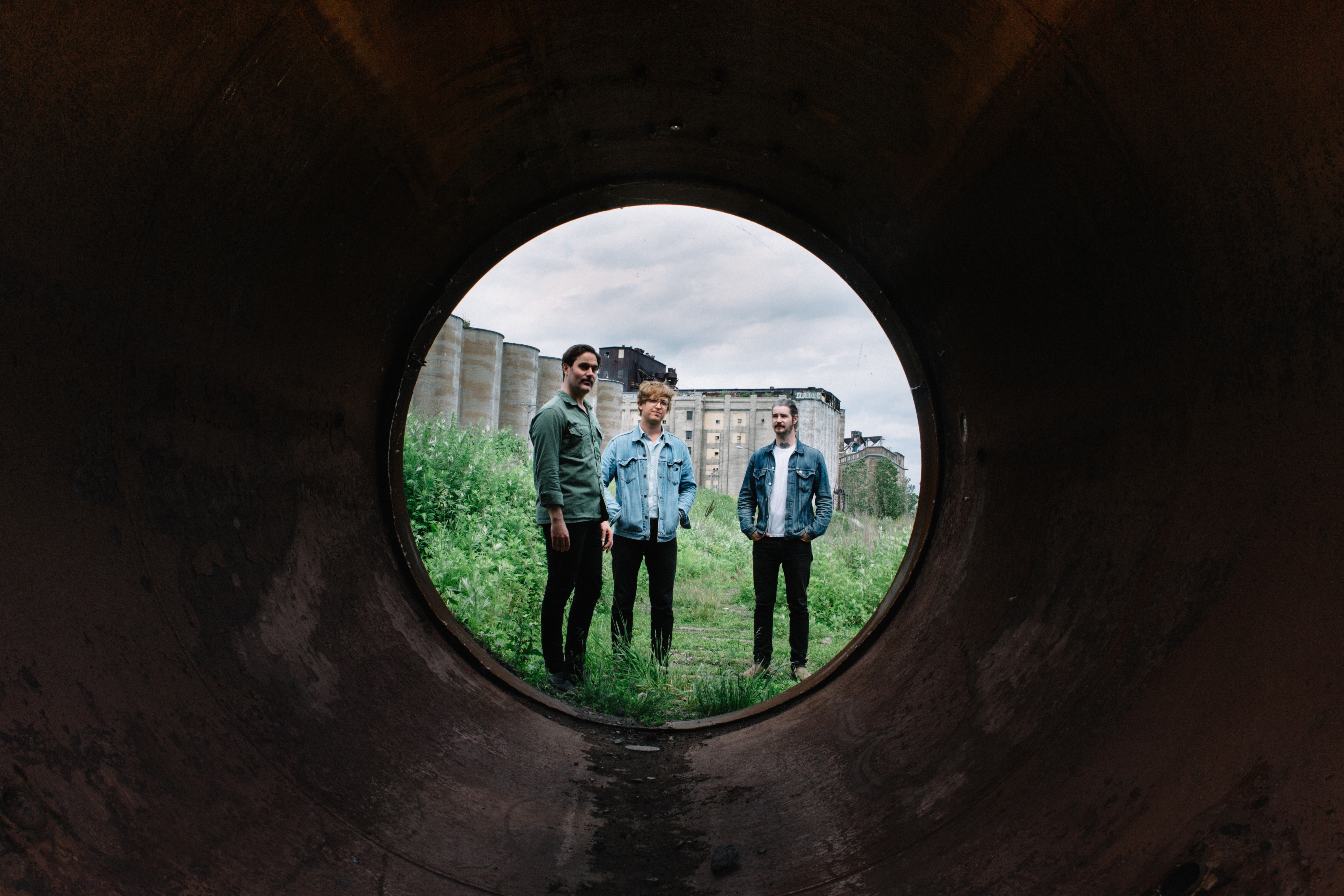 Metz have always been a force to be reckoned with, but on their latest release Strange Peace they wanted to try something different. Working with legendary producer Steve Albini, the band didn’t just make their sound even more raw, they were able to capture it all live off the floor to bring their intense energy even further. We caught up with Metz’ Alex Edkins ahead of the release to talk about working with Albini, why they live in noisy pop and how Ottawa’s underground music scene shaped their cataclysmic sound.

Northern Transmissions: What was it like working with Steve Albini on production this time around and what did he bring to the record, it seems like he is a perfect fit for you?

Alex Edkins: The process was really simplistic and really refreshing. It was the most basic approach to recording an album we’ve ever attempted. It’s really sticking to the way he works, which is know your songs, be prepared, step into that room and play them. He’s all about capturing the band in a live and raw setting, so we were game to give that a try. It really worked and played to our strengths as a live band. One major plus was the idea of not over-thinking things, which is something we tend to do. If you have unlimited tracks or time to tinker with stuff, you often will. This was awesome to have restrictions, doing it all on the spot. We’ve got this many tracks to use, so we can’t put on the harpsichord, so you just move forward. It ended up being really good for us and our heads.

NT: Why had you guys produced yourselves up to this point and what shifted you away this time?

AE: I think it was the idea of getting out of your comfort zone. We wanted to get out of some of our subconscious traditions or habits and mix things up. It was definitely all new. In the end, it’s a very different sounding record. It’s something that we feel very proud and excited about because we went in places I don’t think we would have if we hadn’t taken that chance. Of course it’s a surreal thing to work with someone who’s been a part of some of your favourite albums.

NT: Do you think being able to catch your live energy this time will really up the ante?

AE: I think that all three of the albums have a certain energy to them that can be related to our live show. This was definitely the most raw of them. It’s funny because we were in the most beautiful studio we’d ever been in with the most amazing analogue gear. It’s what Steve’s known for, he sets up the mics and you get a raw picture of the band, what you’re hearing is what’s happening in the room. As far as that energy translating, I think it did in a different way from how it’s been in the past. This is basically what it sounds like when you see us.

NT: You’ve talked about the album being thematically about uncertainty, do you still feel this way about the band or are there other aspects that caused this to flow into the album?

AE: That sound-bite is fitting, but it’s only one portion of what the album is about to me. What I was getting at was the feeling of not having solid footing. I was going through a lot of personal changes. It was also coinciding with Trump’s ascendance to lead America. It was a troubling time, I was in a state of shock while writing the lyrics, and also expecting the birth of my first son. So there was a lot of things going on where I was excited and scared at once. The title Strange Peace is relating to that calm before the storm, that eerie feeling before something bad happens.

NT: How did Charlottesville inform “Mess of Wires” or did it come after the fact and is now part of what the song is talking about?
AE: It’s more of the second. I write in a slightly veiled language, and the point of that is to hopefully connect with people in different ways. It’s usually not a straight narrative base I’m writing from. It’s tied to an event like that but wasn’t written about it.

NT: How do you think your time away after touring informed this record?

AE: I’m definitely not very productive as far as song writing goes when we’re away. It does allow you to do a lot of thinking, reading and listening to music, so it’s informative in that way. It can definitely feel like you’re always in a rush. It can be hard to get a meal sometimes, let alone, try to scribble something, even sound-check is usually pretty short. It’s never been our strong suit to write on the road. Of course going around the world, seeing bands and meeting people is really inspiring. We’ll get back from a tour and be totally recharged to make new music, it’s a never-ending cycle.

NT: What is it about burying melodies in noise and distortion that really excites you as a writer?

AE: It might have started off as a security blanket or a way of hiding behind something. As long as I can remember, loud, ecstatic music has always connected with me. I think it’s good for people to be in a room with loud amps. It’s therapeutic, and that’s what gets us, you just feel great. Not many things can replicate that, at least not for me. That physical high attracts us and also we love melody, pop song writing and ambient, abstract noise. We try to smash them all together with just the three of us, and our influences.

NT: How do you think coming from Ottawa informed your sound if at all?

AE: Ottawa had by far the biggest impact on me musically and just as a person. I completely fell in love with underground music. It was a combination of a lot of things. I started listening to CKCU and CHUO, Shawn Scallen had a great show that I would listen to religiously, I was introduced to endless amounts of fantastic music through it. I think the first time I heard Minor Threat or Fugazi was through Shawn. He also had the punk hotline you could call to get all the show listings. I would go to the shows, and meet people, some of those people are still my closest friends. It felt like a different world coming from the suburbs. Meeting the guys from Buried inside was completely inspirational, I even roadied with them on tour for a bit. They just did it, they ran their show and had zines, I just loved it and it really rubbed off on me.