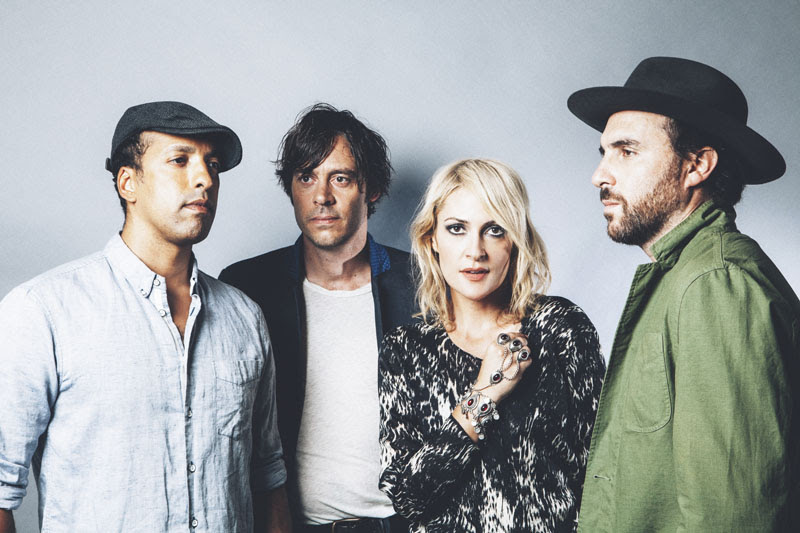 Metric kicks off their coast-to-coast U.S. Tour on February 12 at Chicago’s House of Blues. The 2016 dates for the “I Can See The End” tour will include performances in New York, Los Angeles, Washington, D.C., Philadelphia and Boston, with supporting act Joywave. The band is partnering with Plus 1 to support 350.org, where one dollar from every ticket sold will be donated to preserve a livable planet and reduce the amount of CO2 in the atmosphere.

Metric have premiered their video for “The Governess.” Watch it below. Frontwoman Emily Haines says, “We took a different approach to making a video for “The Governess” than any other video we’ve made. Because this song is so personal to me and is one that I wrote on guitar while off on a solitary journey, I felt that the video should express the feeling of searching in isolation that I experienced at the time.”

Pagans in Vegas is the first of two albums that were born out of Metric’s time spent writing in 2014—guitarist/producer Jimmy Shaw at his studio in Toronto delving into his wall of modular synthesizers and Haines with acoustic instruments in Nicaragua and Spain. This period of writing yielded an unprecedented amount of material across two major musical veins. When the band realized they had composed enough music for two very different albums, they decided to let each collection of songs stand on their own. As Pagans reveals itself to be much more electronic and dancey than anything in Metric’s past, the as-yet-unnamed follow-up LP promises to be quite the opposite.

The new album is packed with reverent references to artists who’ve inspired them, from Depeche Mode, New Order, The Cure and Underworld, all the way back to Kraftwerk. “The songs that made it onto Pagans in Vegas weren’t written with an overarching concept in mind,” says Shaw. “With this record we were making music for the joy of it…we tried to be as bold as possible. All we want is to feel like all we got didn’t cost us everything, even if we never win.”