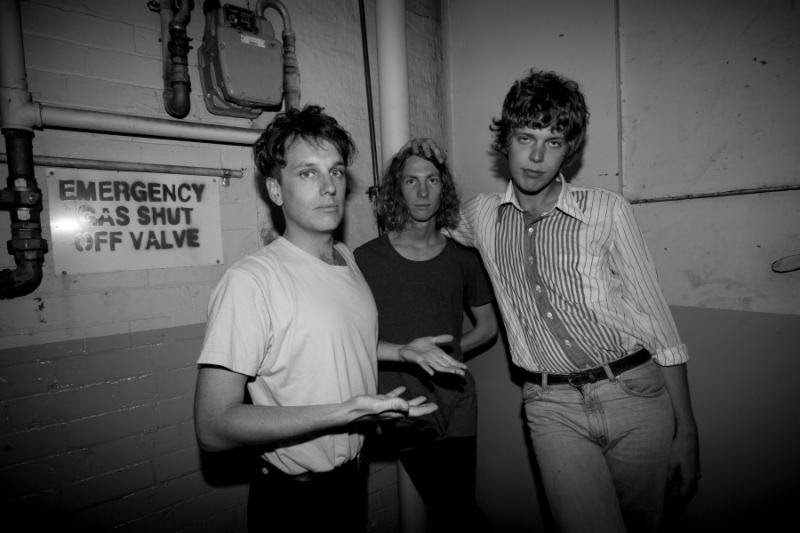 4AD recently added Australian trio Methyl Ethel to its roster. Their debut album, Oh Inhuman Spectacle comes out digitally this week, followed by release on vinyl and CD in May. The album was originally released on Dot Dash in Australia. The band begins their US tour next week in New York and will perform at SXSW.

Hailing from the remote fringes of Perth, Western Australia, linchpin Jake Webb started Methyl Ethel in 2013 as a way of getting his bedroom recordings out in the public domain. The assonant moniker takes its name from the chemical compound Webb’s father uses to make fibre-glass – methyl ethyl ketone peroxide. It was under this pseudonym multi-instrumentalist Webb released the early EP diptych Guts and Teeth.

Methyl Ethel made their first US appearance at the CMJ music conference. The trio will now return next month beginning March 10th at Baby’s Alright in Brooklyn. Other highlights include shows in San Francisco, Los Angeles and Seattle and festival appearances at Levitation Chicago, Treefort Festival in Boise, Idaho and Austin’s annual SXSW Music Festival.