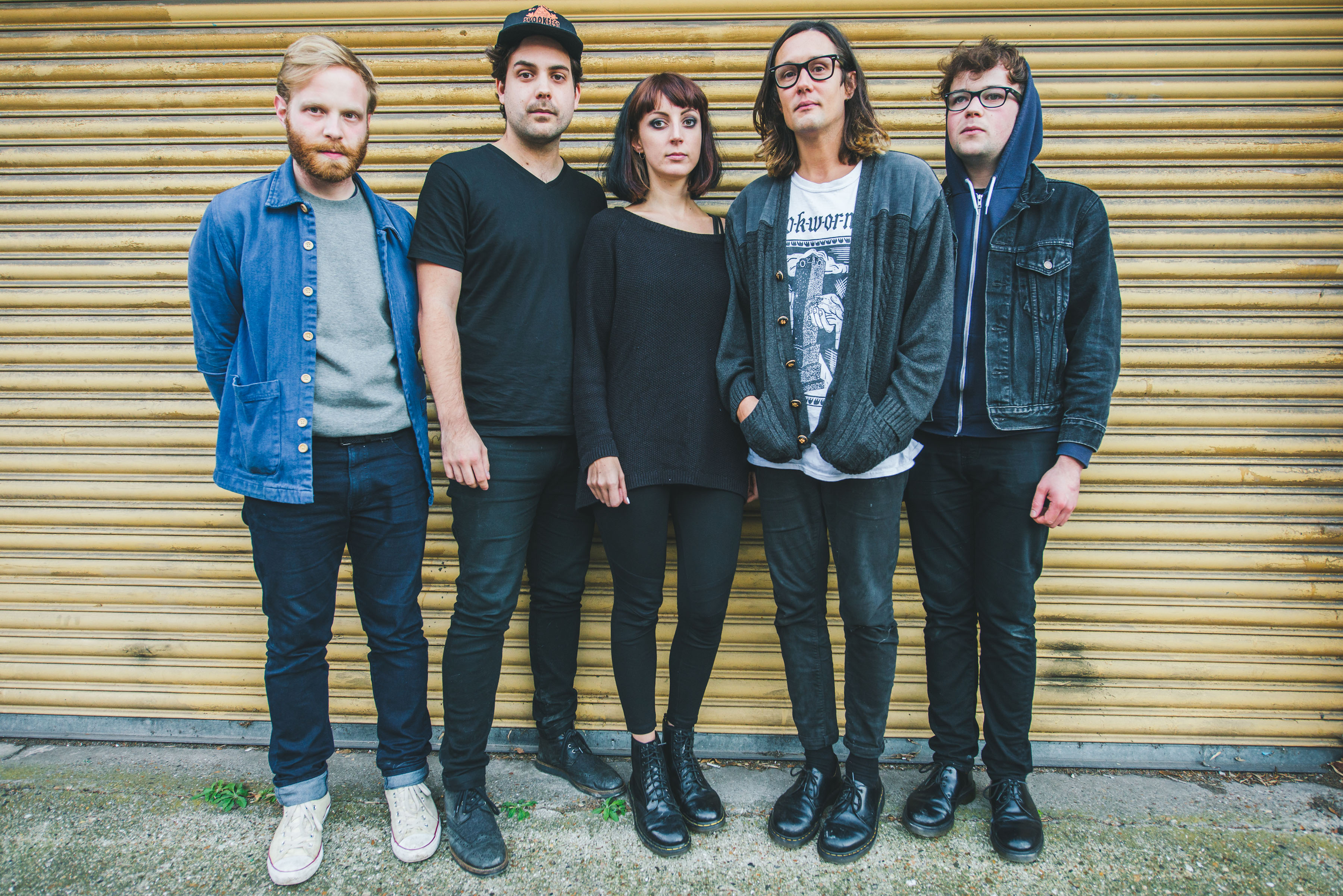 Having released their debut album, Ratworld, in January of this year, Menace Beach felt like it needed another outlet. So, in-between touring with the likes of Drenge and the Cribs, and becoming one of Johnny Marr’s new favourite bands, Menace Beach found time to head into the Suburban Home studio with Hookworm’s MJ to record a brand new EP, set for release this Autumn.

With its title coming from a flu-fever hallucination Liza experienced while on tour, the title track Super Transporterreum perfectly sums up Menace Beach’s off-kilter approach, all effervescent melody and hurtling fuzzed up guitars, not to mention the juddering half-speed choruses that, according to Menace Beach, feature “three bass guitars simultaneously doing a Bryan May riff.” Hey Toupe is an adrenaline fuelled arpeggiated thrash that Ryan says is “about a guy in London that made my skin crawl so much that it left my body and started heading back up the M1”.

Elsewhere, Ghoul Power cranks up the grunge in a tale about a pocketsize alien ghoul who soaks up your darkness and anxieties, who ends up a sweaty pale wreck after Menace Beach take him to too many parties and shows (“It isn’t meant to be as cheaply metaphorical as it sounds” says Ryan). The Line’s big hearted Big Star inspired melodicism was written after spending the afternoon doing a Geri Haliwell workout video in Rotterdam with a pensioner, and Radiate Me is either about being so fed up “I was praying for a nuclear missile to smash straight into my stupid face” (Ryan) or “A nice song about the sun” (Liza).

Menace Beach will head in to the studio to record their second album. Upcoming UK tour dates as follows: