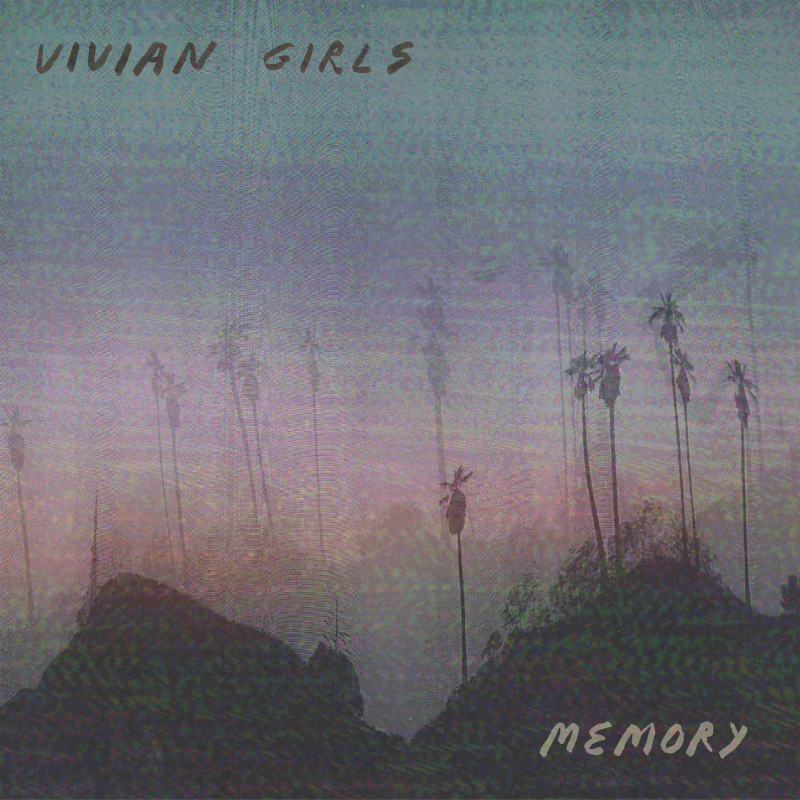 Fucckkkkk misogyny. Fuck internet trolls and fuck haters. It was a combination of these horrid things and the utter exhaustion felt by the three members of Vivian Girls that caused them to break up the band in 2014. Throughout their 12 year career the poppy punk band, or punky pop band, was directed an unwarranted amount of criticism and hatred from music blogs and comment boards that littered the internet. Music blogs that would describe the band as “slut wave” and commenters that would talk about their bodies more than they would about their gloriously hooky lo fi songs. Unfortunately Vivian Girls had to deal with this vitriol, during a time when it was less addressed head on, but the band, made up of Cassie Ramone, Katy Goodman and Ali Koehler and back now and with a vengeance on their new album Memory.

The three members of Vivian Girls reconvened months ago in Los Angeles and started rehearsing in secret and recorded their comeback on the sly, under the production skills of Rob Barbato, and it is so good to have them back. The album kicks off with “Most Of All”, blazing out of the gates with a squeal of feedback and into their trademark wonderfully noise drenched melodies. The band sounds dynamic and confident as they blare through the almost two minute track, resplendent with blistering drums, blaring guitars and their awesome three part harmonies. “Your Kind Of Life” follows up next, not missing a step. This time with the addition of a chiming acoustic guitar track holding things together just underneath the bopping, bobbing bass line. When the band launches into the “Ahhs” aside Ramone’s lead vocals it’s absolutely transcendent. “Sick” steps up the tempo a bit and again when the three part harmonies kick in off the top, it’s such a lovely affair. Goodman’s bass lines can’t seem to stay still but that and the jagged distortion of Ramone’s guitars balance each other so well. “At It Again” seems to tackle the topic of mental health struggles as the protagonist sings in the chorus “No one loves you, no one needs you, no one loves you, no one cares”. It hits hard and the message juxtaposed with the sweet harmonies the band unleashes creates quite a powerful statement. “Lonely Girl” stands out some as the first track on the record to reach over four minutes of its runtime. The first half is the band singing over a minimal drum beat before it amps up in the latter half with a scorching melodic guitar solo by Ramone. “Something To Do” picks everything right back up again as Vivian Girls sing about a failed relationship and how they need something to do but the sense of loss makes it all feel so empty.

“Sludge” kicks off with Koehler’s steady solid drumming before the noise overtakes it all. It has always been one of the most charming things about the band, the way they balance the dissonant elements of their music with the poppier ones. Title track “Memory” is just about holding on to a simple memory that allows you to feel a little bit better even if other circumstances have changed. “I’m Far Away” has that classic Shangra-La’s meets the Wipers feel that so much of the Vivian Girls songs have been written about in the past. Soaring, beautiful melodies with something that feels a little sinister just bubbling up from underneath. Replete with a surfy-esque guitar break, the tension is outstanding. “All Your Promises” about a promise made that was never kept features an absolutely heavy middle eight that establishes just how serious the band is about the new album. It’s furious and so, so enjoyable. By the time we’ve gotten to album closer “Waiting In The Car”, Memory has taken us on quite the awesome journey. It feels a little bit nostalgic for what has come before but that may be one of the beautiful things about this record, it doesn’t sacrifice anything from the past while looking forward.

It’s been five long years and it’s so great to have Vivian Girls back. Memory is a testament to their talent as musicians and songwriters and it’s nice to have this record and them here, a hopefully more encouraging time for musicians of all genders. It’s hard that the awful extenuating factors back then, misogyny and a general distastefulness abound, made Vivian Girls pack it up the first time but with Memory they have crafted a blisteringly strong, hook filled statement. One that sums up why they needed to came back and one that hopefully says they will stay with us for quite some time to come.

Memory by Vivian Girls was produced by Rob Barbato, and comes out on September 13, via Polyvinyl Record Co. 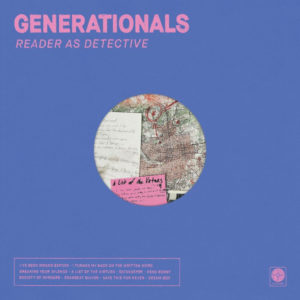