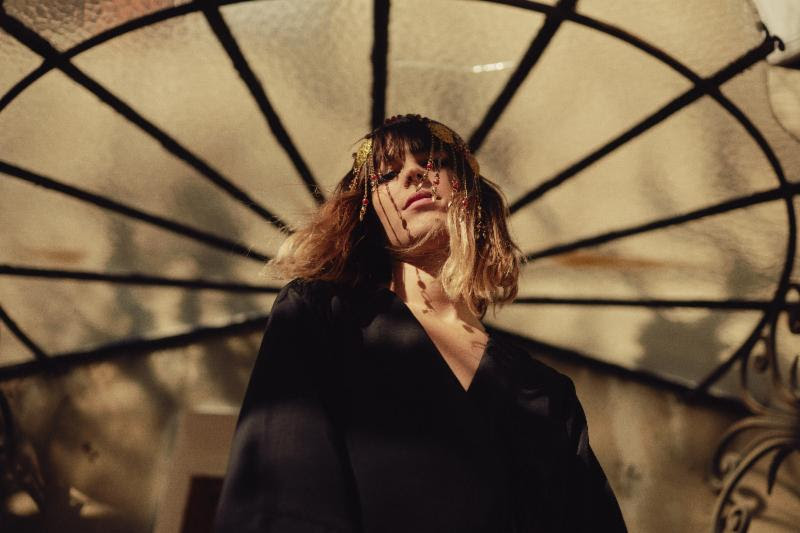 Bon Voyage, is the forthcoming release from French singer/songwritter Melody’s Echo Chamber (aka Melody Prochet). The EP will be available on June 15th via Fat Possum/Domino. Melody’s Echo Chamber previously released the videos for “Breathe In, Breathe Out” and “Desert Horse”, today, Melody is “excited” to share the third clip from the album. Directed by Daniel Foothead, “Cross My Heart” continues the story of the “Breathe In, Breathe Out” and “Desert Horse” animated tales.

Bon Voyage marries Melody’s breathless soprano to the wildest sonic excursions as she delivers her fables of spiritual search and emotional healing in multiple tongues (French, English and Swedish). The album arrives more than five years after Melody’s Echo Chamber’s debut, and it is the soundtrack to a trip back from the brink, the sound of spiritual renewal, and a pilgrimage to the sonic outer limits.

NPR Music premiered the video, calling the song “…one of the most ambitious tracks from Bon Voyage, a delicatessen of string-swept psychedelic funk layered like one of David Axelrod’s most decadent compositions.” They continue “Bon Voyage is a welcome return to her wildly imaginative psychedelic sphere swirled in rhythmic shuffles, wailing synths and recklessly buoyant guitar riffs. It’s like a bell-bottomed glam rocker woke up in a retro-futuristic society overrun by elves and forest creatures.”