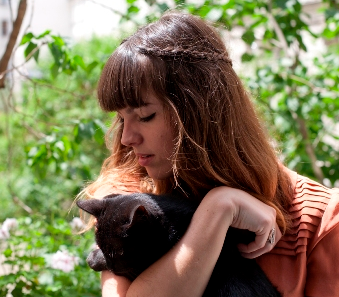 Melody’s Echo Chamber has released a video for her forthcoming single ‘Crystallized’ (Out in the UK March 18th). Director Zaiba Jabbar had the following to say about the video:

“The track has a very mellifluous syncopation to it, built from many repetitious looped sounds, so in the film I wanted to visually connect these sounds to simple actions exploring the imminent demise of love. By that I mean the beauty of the beginning and the end and the recursive behavior that those feelings inspire in between.”

Melody and her band are currently on a headline tour in their native France and will be arriving into the UK this weekend to play shows, including their biggest UK headline show to date at The Scala in London on March 5th. UK dates are as follows:

I Follow You
Crystallized
You Won’t Be Missing That Part of Me
Some Time Alone, Alone
Bisou Magique
Endless Shore
Quand Vas Tu Rentrer?
Mount Hopeless
Is That What You Said
Snowcapped Andes Crash
Be Proud of Your Kids