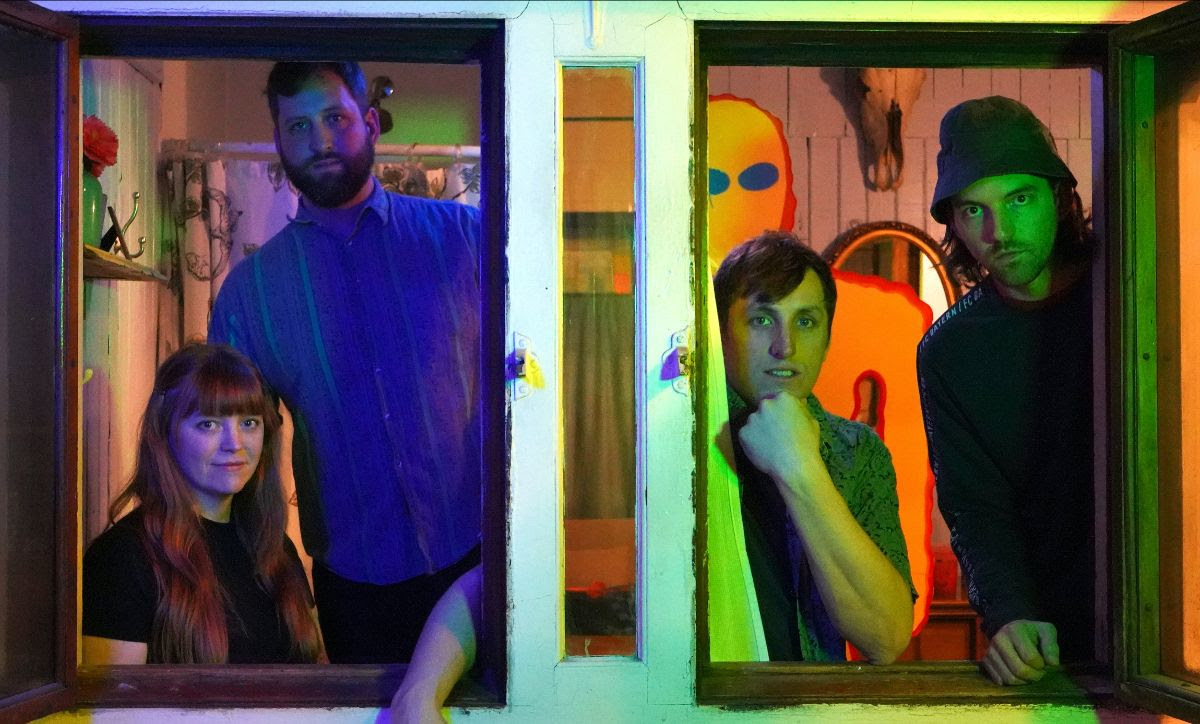 Recording in two short sessions six months apart, the band worked with longtime collaborator Dave Vettraino, this time at Bloomington, Indiana’s Russian Recording. Alongside an arsenal of rock gear and airy synth layers coaxed from a Moog Prodigy, PITH’s multidimensionality was refined by the studio’s collection of rare Russian tube mics, which were placed in every corner to capture Melkbelly’s unabashed loudness.

Lead Single “LCR” similarly shapes PITH’s dynamics and mood. Its shifting signatures held steady by James’ frantic beat, the track is a purgatorial homage to motion, ultimately propelled by its tangled guitars and layered vocal harmonies. “It’s about how having conversations with the dead can scoot you along in life, even when you’re really only hearing one side of the conversation or making up the other half,” says Miranda.

The animated music video was directed by Qianwen Yu, who says it “imagines a group of creatures in a blue car driving towards the lake which finally reaches ‘the end of the world.’ ‘LCR’ is a type of noise-rock-pop music, so I used ’noise’ texture woven fabric and digitally processed watercolor in the video. Just like the feeling of ‘slick and sweetly’ written in the lyrics, this animated video added some feminine elements.”