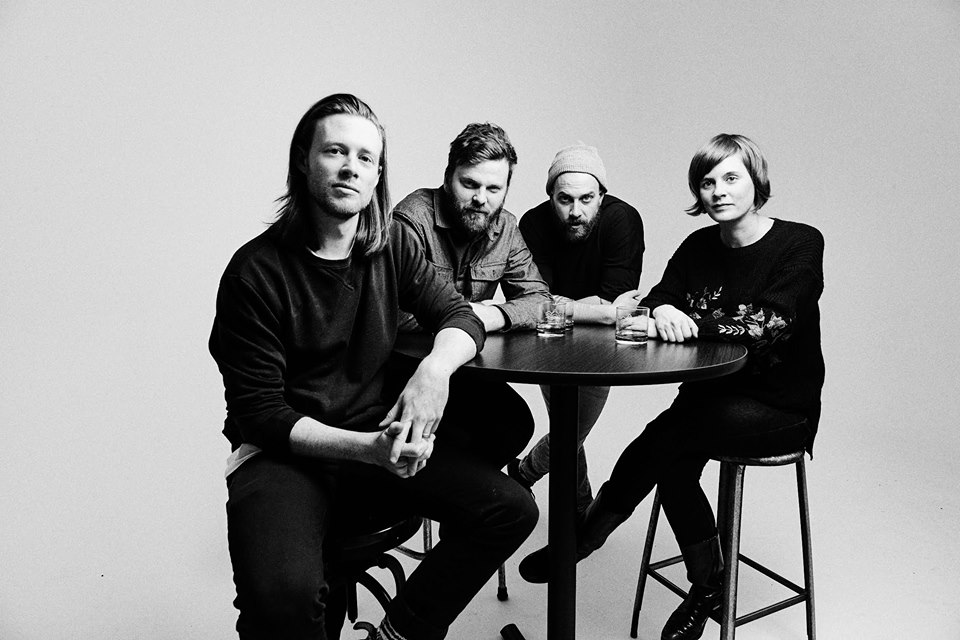 Portland Oregon, band TENTS forthcoming release Medicine will be released through Badman Recording Co. (STRFKR, Mark Kozelek) on October 11th. The band will be supporting with tour dates in Fall. TENTS is comprised of Vocalists Amy and Brian are partners and parents. They are joined by Guitarist/producer Chris Hall, and most recently by Joe Greenetz (Sherwood) on drums and Matt Taylor (Motion City Soundtrack) on bass. TENTS will play a special release show on August 30th at Douglas Fir Lounge in Portland, Oregon.

Also an audiovisual experiment, many of their songs are written like a soundtrack to videos they make. They produce a Youtube series called “Making Medicine” in which they document said experiments. Most of the songs on Medicine were conceived, not unlike a soundtrack, to videos Brian Hall created. The band has just their first single and album title-track, which is now available through Badman Recording Co. and streaming services.

The band on the album:

“Medicine sounds like an indie record that was made in the Northwest. The hooks, the production, and the sensibilities are of the fold. The sentiment, however, is not. It is on the front foot. It is brave, celebratory, and intent. In Medicine, TENTS departs.”