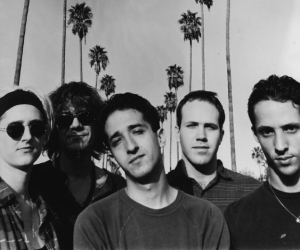 Today Medicine shares their latest single, “It’s Not Enough”, from their forthcoming album To the Happy Few. You can listen to the track above via Soundcloud.

“Long as the Sun”, the first single from To the Happy Few, was released this past Spring and cane be downloaded HERE as well via Soundcloud.

Eighteen years after they called it quits as a working band, 2013 finds the original members of Medicine reunited and proudly offering a newly recorded LP on Captured Tracks. To The Happy Few is the sound of a highly inspired group reclaiming its creative legacy, thoroughly immersed in the practice of mixing harsh noise with obsessive melodic detail and heavily groovy rocking. Returning is the core trio of lead singer/ chanteuse Beth Thompson, guitarist / vocalist Brad Laner, and drummer Jim Goodall, the same team which created the still vital, influential and controversial LPs “Shot Forth Self Living” (1992) , “The Buried Life” (1993) and “Her Highness” (1995) as well as a stand-out appearance in the 1994 film “The Crow”.

As it happens, it’s really all the fault of Captured Tracks. In 2012 C/T pulled off the seemingly impossible and secured the rights to reissue the aforementioned two original Medicine LPs in loving and expanded fashion. This was a rather emotional moment for the original band members. So much so that upon meeting up at Brad’s home studio in May 2012 for the first time since 1995 in order to divide up the vinyl goodies and ultra-limited box sets, the trio laid down the basic track for what became the final song on the new LP. Emboldened by the natural ease with which they slipped back into Medicine mode, the trio spent the remainder of the year leisurely recording the new LP and enjoying each other’s company far removed from the stress and turmoil of their original early 90’s run. The resulting LP is not your parent’s Shoegaze record. The sonic palette and the hands, feet and mouths that utilize it may be the same,  but the end result more subtly reflects the amassed life experiences and refined aesthetics of three mature artists only just now approaching the peak of their powers.

The members of Medicine stayed quite busy with music in the interim between 1995 and 2012: Jim Goodall recorded and toured with his legendary evil country western band Jon Wayne which had its first LP reissued by Jack White’s Third Man label. He also toured as a member of UK noise gods Whitehouse and recorded with Current 93. Beth Thompson made a collaborative album as The Shway and performed with The Furry Things. Brad Laner has released a bunch of solo and collaborative LPs under various names and recorded with the likes of Brian Eno, M83, Caribou and Blinker The Star.

To the Happy Few is out August 6th.

To The Happy Few Tracklisting