Medicine Reveals “Move Along – Down The Road”

Last month, Medicine released their first track “Turning” from their forthcoming album Home Everywhere, out October 28th on Captured Tracks. Today, they are back with a new track called “Move Along – Down The Road.”

During this past year, Brad Laner, Elizabeth Thompson and Jim Goodall eschewed the 90s-nostalgia touring circuit trod and instead dug deep to bring you Home Everywhere: A collection of new songs created with a gaze that is omni-directional. A Home Everywhere opens with a volley of hook-laden, three-minute noise-pop gems, mutated with Brazilian-inspired sounds and rhythms. While that may sound incongruous, it’s still Medicinal through and through. Side two begins with something even more unlikely: A light sprinkling of lovely piano and an invitation to relax. Then comes a tune featuring the recorded debut of drummer Jim Goodall’s trombone drone stylings before we reach the true heart of the platter: The LP’s namesake, “Home Everywhere.” An eleven-and-a-half-minute, multi-part album-within-an-album which begins as a sprightly celebration of domestic bliss and ends with a comely invitation to leave the planet.

Medicine also managed to leave their suburban Los Angeles studio compound for a few triumphant comeback shows in Los Angeles, Brooklyn and San Francisco. They performed a set at this year’s Austin Psych Fest, and Brad joined M83 to perform their collaborative song at the Hollywood Bowl. But mostly, Medicine stayed home and worked like demons on what we now present to you—and they doubtlessly have already begun to get back to work. What the hell else are these odd birds going to do? 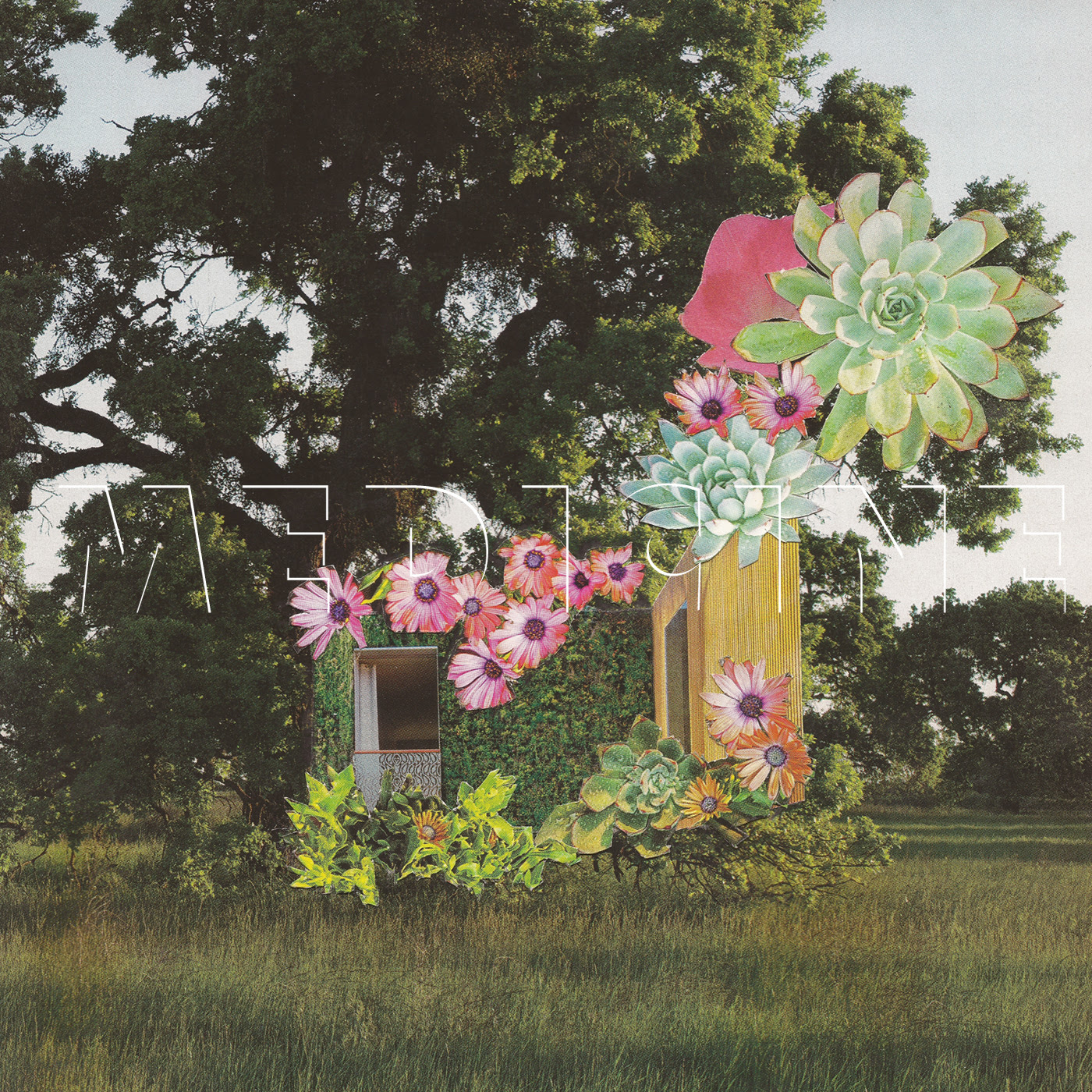