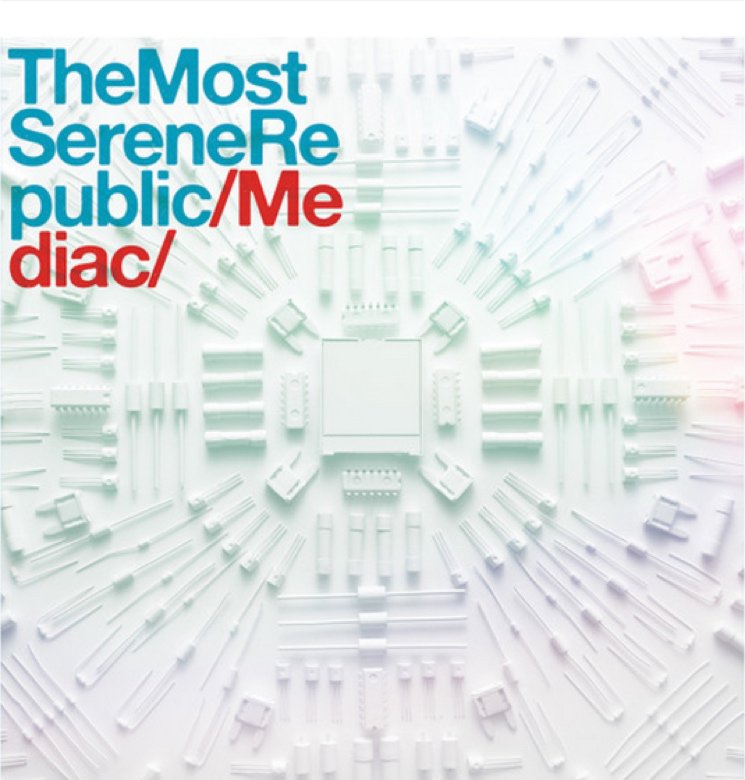 The Most Serene Republic

As far as self-aware song titles go, the Most Serene Public’s “I Haven’t Seen You Around” may be one of the biggest groaners of the year. The long-running indie-pop band’s new album, Mediac, is its first in six years, and the song’s overly joyous lines about anticipation seem to be a wholly on-the-nose reflection of their return.

A press release further notes that the time that separates 2009’s …And the Ever Expanding Universe and the group’s fourth full-length isn’t that significant, in the grand scheme of things, but “it can seem like a lifetime between when an elongated adolescence through the vehicle of artistry is left behind and adulthood is embraced.” It feels like less of a chasm as the record unfolds, though, as the Most Serene Republic still have a solid grip on crafting the kinds of whimsical anthems that found them rubbing shoulders with the likes of Broken Social Scene and Stars back in the day. That may be the problem, though.

It’s been a full decade now since the Most Serene Republic issued their debut effort, Underwater Cinematographer, and the musical landscape has changed drastically since even the band’s last outing. As such, there’s an oddly retro feel to pieces like the brass-blasting “Ontario Morning,” an all-too-chipper anthem with CanCon appeal, or “Capitalist Waltz,” which casually blends clipped-and-chipped drum machine beats with dozy guitar textures.

“Nation of Beds” is rather plush, but still feels a bit out-of-step. Its mix of chiming electronics, cinematic strings and horns have it sounding as if it could have scored a Zach Braff-directed coming-of-age drama circa 2003, and it fittingly arrives with plenty of awkwardly reflective lyrics. “Do you still talk to parents like you’re hiding something,” vocalist Adrian Jewett intimates with a nebbish, nerdy quality. “Elongated adolescence” indeed.

To be fair, the act appear to be dabbling in adult themes, too. “Fingerspelling,” for instance, is addressing bigger issues than current-day texting practices. Above a post-rock groove of mathematical guitars and slick bass, the unit are apparently weighing in on wealth disparity and housing markets. It’s noted glibly in the chorus: “Some people have it better than others.”

While “Failure of Anger” takes a bit of a left turn with its folk-flirting bursts of fiddle, closing cut “The Feels” might be the most out-there exploration on Mediac. Reminiscent of The Bends-period Radiohead or early Coldplay, it’s a jittery 7/4 exploration of the psyche. Disconcertingly, it heads into a dark place with its repeated calls of “put the boy on medication, shut him up.” But despite the heavy subject matter, it still finds an aging Most Serene Republic infantilized.

Mediac presents a band at the cusp of maturity, though unclear with how to proceed. If “The Feels” is any indication, the crisis isn’t exactly the most serene of situations to be in. 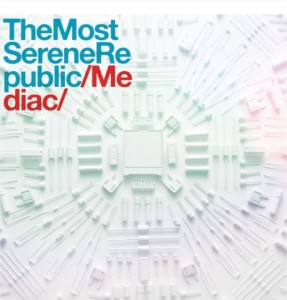 ‘Mediac’ by The Most Serene Republic