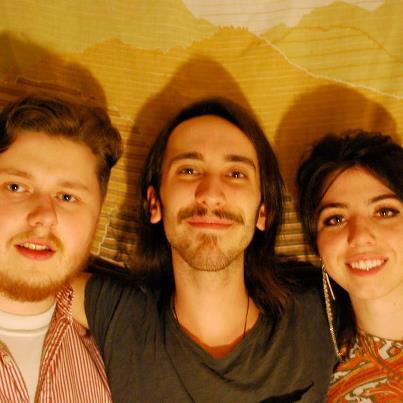 Mean Lady is the duo of Katie Dill and Sam Nobles. They are from Delaware and they’re both really nice. Really, really nice. For their new debut LP the duo have written a collection of songs about lust, innocence and vulnerability. Love Now is coming out on July 23rd, 2013 on Fat Possum Records.

Today they premiered first single “Far Away,” writing, “‘Far Away’ wouldn’t feel out of place on the last Youth Lagoon record, an out-of-time waltz flanked by aqueous sound effects. It’s a prelude to something far more vigorous, though, as squishy beats, sprightly piano plinks, and an approximation of a sitar server as the backdrop for Katie Dill’s transcontinental love letter.”

Through bubbly synths and rhythmic production, Dill and Nobles managed to cobble together a timeless, concise pop record. It’s a finished product that could only exist when kids from Delaware grew up, trashed all their soul records and then got high some time after DJ Shadow started to suck but probably before J Dilla died.

Love Now is deep and rich. The sound is Sam’s wonderfully abrupt sampling and skipping drum beats underneath the band’s live instruments. All of this is anchored by Katie’s songwriting and sharp, but sweet vocals. Take heed: this is an important debut for a young band.