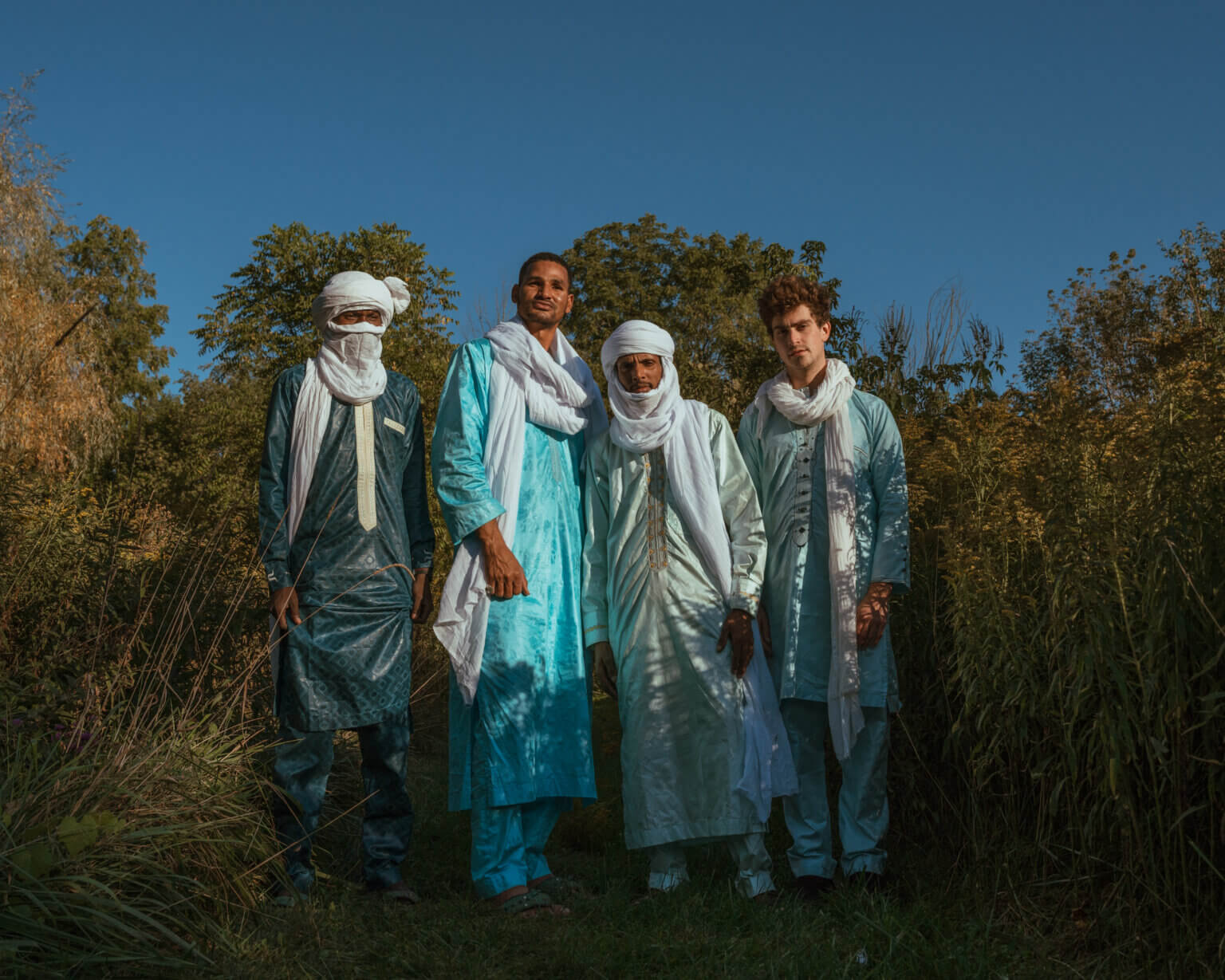 Today, Moctar Moctar have announced Afrique Refait, a remix collection of songs from Afrique Victime. The tracklist features sound-makers at the vanguard of electronic music in Africa, with a view of highlighting different scenes across the continent. Many of the artists are associated with pioneering Ugandan label Nyege Nyege Tapes who were vital to the making of the project. Moctar’s UK tour started last night with a sold-out show at EartH in London, England.

Jay Mitta who remixed “Chismiten” is one of the pioneers of the Singeli scene in Dar es Salaam, Tanzania. Like most of the artists picked for these remixes, he is pushing the boundaries of folk music beyond what it started as to something new and untried while
remaining true to his roots. When the Nyge Nyege Tapes mixtape came out it was powerful and we got in touch with the label and asked about Jay doing a remix. Tommy T who remixed “Ya Habibti” is a producer from Ethiopia who lives in DC and I knew from growing up in the DC music scene. We thought he’d do something different from the other remixers and he took a more traditional approach.

MC Yallah is one of my favourite MC/rappers right now. Here she is paired with producer Debmaster to create a powerful in your face remix of the love ballad “Tala Tannam.”

Duma is the duo of Lord Spike Heart and Sam Karugu from the grindcore scene in Kenya. It’s some of the most interesting and sonically innovative music coming out of Africa: noise and grindcore with a mix of Kenyan roots and Ugandan music. Their video
for (2020 single) “Lions Blood” was super powerful and in your face, and we wanted to work with them. Yugen Blakrock was recommended to me through a friend I met in Mali years back from South Africa. I was told “Yugen is an MC, but she works with great producers and
would be amazing!” This is one of my favorites in the series!

Aya Metwalli who remixed “Layla” is originally from Egypt and is now part of the Lebanese noise scene that should definitely be checked out by more people. There’s an amazing experimental and noise scene in Egypt, Lebanon, Tunisia, Palestine. I got to know Aya Metwalli through people in the Beirut noise community where they’re a small but tight-knit and collaborative scene. We knew she would kill it on this remix.”

DJ Diaki is one of the pioneers of Balani music scene in Mali. Balani is a house party that started in the capital Bamako and moved to the outskirts. They bring a soundsystem and blast music loud and people dance, going back to traditional Malian folk parties. I attended one of these parties in Mali in 2012 and was sent some Balani music on my cellphone. There’s a great shop in Bamako called Mali Retro that originally sold cassettes. Nowadays you tell them what you want and they throw it on a flash disc. In 2016 I was given a combination of traditional Balani phone music and newer electronic stuff. The four remixes of “Afrique Victime” focus on different elements of the song separately: bass, guitar, guitar II and vocals.

Rey Sapienz, MC Dougis, Kabeaushe and Chrisman are all artists I was previously unaware of before working on this project. These artists were presented by the amazing Nyege Nyege Tapes label and were all essential in completing the Afrique Victime Remix project. While a lot of the artists previously chosen came from either East, West or North Africa, Rey Sapienz, MC Dougis and Chrisman showcase all the cool shit coming out of Central Africa – The Congo.